After a long winter, machine sheds, farm shops and workbenches need a cleanup from the clutter that accumulates following the rush of harvest and the chill of winter. Sifting through the collection of tools and equipment gives farmers the chance to put things in their proper place or to repair what needs fixing in preparation for the coming growing season.

For the American Soybean Association (ASA), spring presents an opportunity to reflect on issues that the organization has supported and to prepare to advocate on behalf of soybean farmers in the year ahead.

ASA CEO Ryan Findlay categorizes 2019 as a very emotional year for most U.S. farmers. Weather challenges, trade frustration and low commodity prices made 2019 difficult. Despite the difficulties, ASA and its grower-leaders achieved many positive outcomes on key issues.

“We have to applaud the successes and thank farmer-leaders for their engagement,” Findlay said, “because that’s who we are as an organization. The strength of ASA is the farmer backbone.”

Just as farmers put tools and equipment away when they’re finished but keep vital pieces handy for when they’re needed again, ASA is shifting attention from resolved issues to those needing more attention.

Some key ASA issues have been largely resolved, allowing the organization to put them aside to focus efforts elsewhere.

The United States-Mexico-Canada Agreement (USMCA) was ratified by Congress and signed by President Trump in January, ending a years-long effort to replace and enhance the former North American Free Trade Agreement. Canada has yet to ratify the trade agreement, but trade experts expect Canadian passage in 2020.

“Canadian officials have indicated they don’t expect any bumps in the road,” explained ASA International Trade Policy Director Hanna Abou-El-Seoud. “We expect it to be fully finalized and implemented. There’s not a lot more we need to advocate, so we feel pretty good about having USMCA behind us.”

In late December, Congress passed a multiyear extension of the blenders tax credit for biodiesel and renewable diesel. The measure was reinstated retroactively from when it expired in 2018 through December 2022. 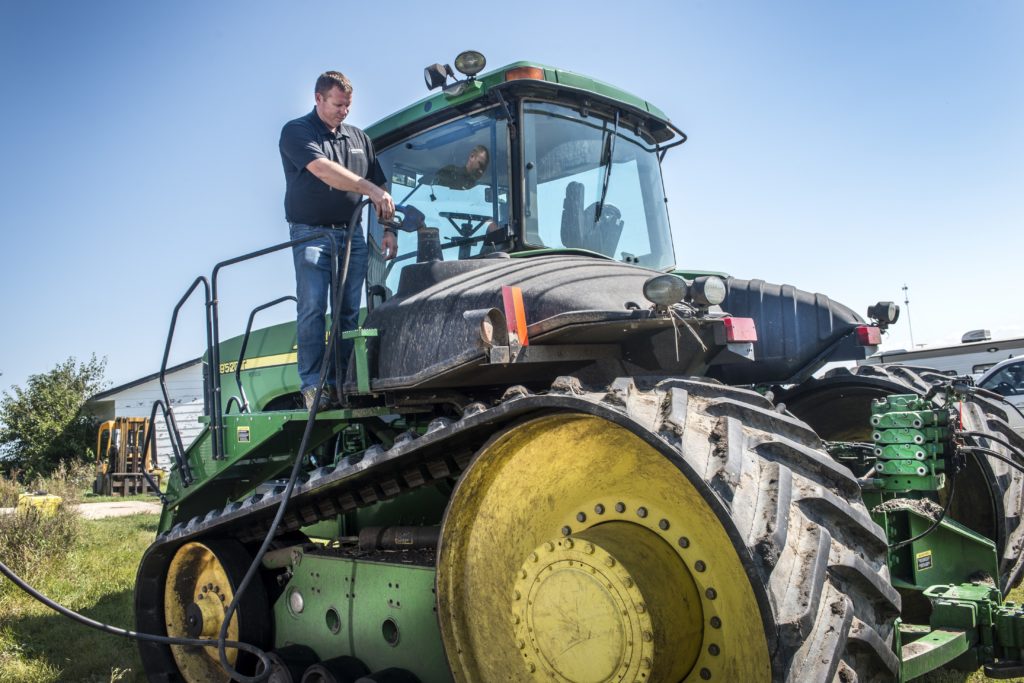 The biodiesel tax credit will help expand markets for soybean growers during an unsteady time. Soy growers and biodiesel industry partners took time out of their fields to advocate passing this incentive before the end of 2019.

“This has been a long-term, major goal for the biodiesel industry,

” said Paul Winters, director of public affairs and federal communications for the National Biodiesel Board (NBB).

NBB leaders have long advocated for a multi-year incentive because it provides some stability in the industry.

“The two years where the tax incentive was expired, 2018 and 2019, was longest it had ever been expired,” Winters said. It really took a toll on the industry, and people in the biodiesel industry are still recovering from it.”

Japan and the United States came to a trade agreement in September, a move Abou-El-Seoud says is a big deal for U.S. agriculture, particularly after the United States pulled out of the Trans-Pacific Partnership (TPP). The 11-nation agreement gave preferred trading status to export competitors. Getting back into Japan on essentially the same level as TPP signees was a victory.

“What we wanted with a narrow agreement with Japan was to get ag product quotas and tariffs in line with what other TPP countries had. That was a big success,” Abou-El-Seoud said.

Japan is already a large customer of U.S. soy products, but the agreement opens the door for more U.S. protein products like beef and pork.

Some ASA priority issues came closer to resolution in recent months. Those issues may have moved away from the front of the line but still warrant monitoring.

Signing a Phase One trade deal with China was an accomplishment many soybean industry leaders weren’t sure would ever happen. 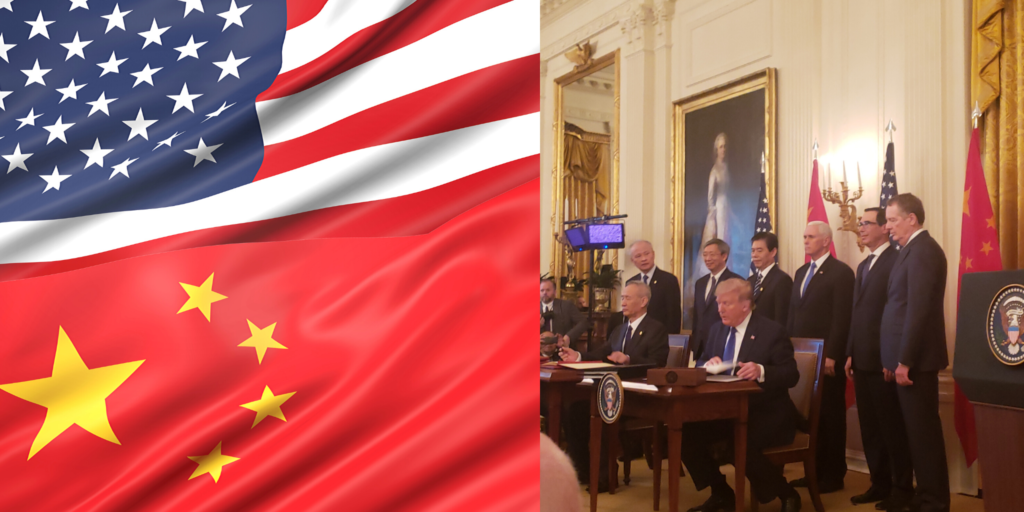 “I’m not sure any of us thought we would get here or that the agriculture piece of the agreement would be as robust as it is,” Abou-El-Seoud admitted. “That being said, the ability to see any of it completed and enforced is really what we’re looking for now that the ink has dried.”

“Phase One is definitely the right first step,” Findlay agreed. “Now it’s about accountability and China proving to U.S. that they can uphold their end of the bargain.”

China has agreed to buy $80 billion of U.S. agricultural products in the next two years. Abou-El-Seoud expects it will take the entire year for those purchases to come together. Equally important is a commitment by China to approve new biotechnology traits in a 24-month average timeframe. Previously, biotech approvals could take seven to ten years.

“This may be a signal by China that they really do want to reform their internal system for biotech approvals, and that could really cut down how long it takes for growers to be able to use these new and critical technologies in their operations,” Abou-El Seoud said.

Waters of the United States

In January, the Trump Administration announced a replacement regulation for Waters of the U.S. (WOTUS), called the Navigable Waters Protection Rule. Under the Clean Water Act, the Federal Government has the right to regulate navigable streams. Under WOTUS, water standing in farm fields could be considered navigable waters. Several court cases determined that the terms and definitions of what could be regulated under WOTUS were unacceptable.

The new Navigable Waters Protection Rule, “removes a lot of that encroachment of federal government onto farmers,” Findlay said. “This proposal is very good, and I think this is what farmers expected a while ago.”

Findlay says it will take time to get the details ironed out, and the proposal will likely go through the courts.

“This is going to have to be litigated, but I definitely think that farmers view this as much more appropriate in how the government should regulate waters of the United States,” Findlay said.

ASA leaders have a wide range of priorities they’ll work on in the coming year. Like projects on the farm shop workbench, ASA is actively working to bring them to a favorable outcome.

Trade remains a primary ASA focus for 2020. In addition to monitoring implementation and effects of the Phase One agreement, development of a Phase Two deal with China is a priority. Abou-El-Seoud said Phase One is good news for soybean farmers, but the agreement did not deliver market certainty.

“Our specific ask was for the U.S. to find a solution to remove China’s 25% retaliatory tariff. The Phase One deal did not achieve that,” she explained. “If a Phase Two deal isn’t worked out, what happens to these tariffs when the end of 2021 comes around?”

The Chinese government has granted tariff waiver exemptions to some Chinese companies, allowing them to purchase U.S. soybeans duty free. While that move is a positive sign, soybean industry leaders want the retaliatory tariffs permanently removed.Crafting a trade deal with the European Union (EU) is an issue of interest to the Trump Administration, but the United Kingdom’s exit from the EU has complicated matters. A deal with the United Kingdom could also help open markets.

“A free trade agreement with the EU is one of the biggest areas of potential for the United States, but there are some really challenging topics,” Abou-El-Seoud said. “There’s a lot of opportunity for growth, especially if we can address some really pressing and challenging regulatory issues around food labeling, maximum residue levels and import tolerances. If that gets off the ground, we could see a lot achieved.”

India is a tantalizing market for U.S. soybean farmers. Its population of 1.37 billion people is a tempting draw because of a growing standard of living. However, India remains a challenging market to enter because of restrictions on the import of agricultural products.

There is also strong interest in formalizing trade relationships with other possible partners including Kenya, Indonesia, Vietnam and the Philippines.

Small Refinery Exemptions granted to oil refiners by the Environmental Protection Agency (EPA) since 2017 drastically reduced the market for biodiesel. Winters says that over the three years where EPA was granting widespread exemptions, about 4.5 billion gallons of renewable fuel were cut from Renewable Fuel Standard obligations.

A U.S. circuit court ruled that EPA overstepped in granting several exemptions, but Winters says the impact of that ruling remains to be seen—and it could be contested still by EPA in the courts. EPA also kept 2020 overall volume obligations for renewable fuel at same level as 2019.

“That cut off our path to growth,” Winters said. “Now that the biodiesel tax incentive is back and pushing growth, EPA’s volumes aren’t allowing that growth.”

State initiatives like low carbon fuel standards in California and Oregon, tax credits in Iowa and Illinois, and a 20% biodiesel mandate in Minnesota are pushing growth for the biodiesel market, but EPA volumes aren’t keeping up.

“We need growth and resolution to the small refinery exemptions,” Winters said.

Findlay says there is a lot of potential energy surrounding infrastructure improvements from the White House and Congress. Transportation and infrastructure are vital to moving soybeans to market.

“There are a lot of people saying they want some type of infrastructure package,” Findlay said. “ASA needs to be engaged in any conversation about roads and bridges, inland waterways and broadband infrastructure.”

The Water Resources Development Act reauthorization is up this year. It supports funding for river channel dredging, ports, and locks and dams, which are key for moving soybeans to market and bringing inputs like fertilizer upriver. 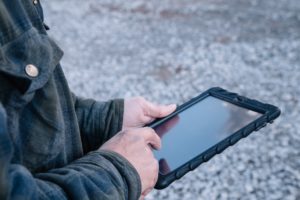 “It’s important that the tools farmers have today are maintained. That will take a lot of work by ASA staff and farmers meeting with policymakers, providing ongoing education about risk management products,” Findlay commented.

Lawsuits over the use of dicamba, glyphosate, atrazine and the neonicotinoids are concerning for farmers. This is a challenge and is something that agriculture is facing, but Findlay says responsible use of crop protection products is important to farmers who need access to available tools.

“Whether it’s discussions with EPA about registration or reregistration of products or whether it is us looking at whether we need to engage with the legal system to make sure products are defended, that is a big part of what we’ll be doing in 2020.”