Beyond the ‘Middle Kingdom’ 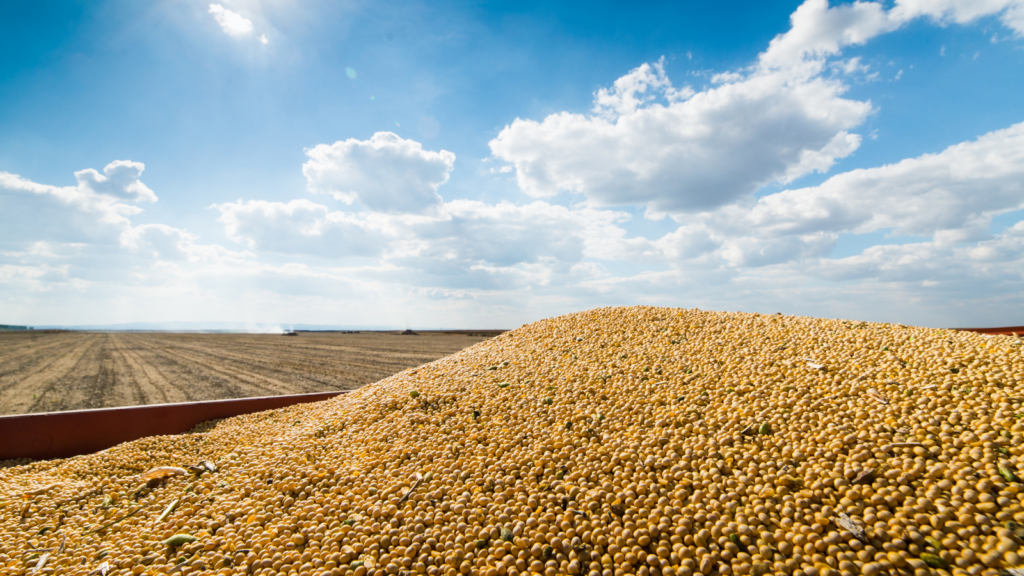 China may be the biggest market for U.S. soybeans, accounting for some 60% of exports in recent years, but it certainly is not the only market. During soy’s recent trade war-dominated seasons, U.S. soybean farmers have learned that nurturing all markets from every angle is critical to future growth. That includes combined ASA, U.S. Soybean Export Council (USSEC), ASA’s World Initiative for Soy in Human Health (WISHH) and national soybean checkoff efforts.

“Soybeans are an export-driven commodity, with $25.7 billion sold last year. Both existing and new soy markets are necessary for the continued success and profitability of U.S. farmers,” says Virginia Houston, ASA director of government affairs for trade. While USSEC serves as the arm of the soy family leading on issues in overseas export markets, ASA serves as the “boots on the ground” for domestic trade policy in Washington. Both roles are vital for continued market expansion.

One of the mechanisms that has historically helped facilitate pathways for U.S. soybean exports is Trade Promotion Authority (TPA). TPA allows the U.S. to negotiate and enter free trade agreements (FTAs) with just an up or down vote from Congress with no amendments.

“The TPA put in place in 2015 expires this summer, so ASA has been reminding members of Congress of its value,” she says. “While it is expected to lapse for now, there is precedent for reauthorization down the road. Trade partners will still negotiate and assume it will be renewed, including if the Biden administration gets involved with re-joining the Comprehensive and Progressive Agreement for Trans-Pacific Partnership (CPTPP).”

Houston notes, having TPA in place when the original North American Free Trade Agreement (NAFTA) was negotiated ultimately helped move Mexico into the #2 U.S. soybean export market spot and Canada up to one of the top five U.S. soybean meal markets.

“These agreements help U.S. soybean farmers grow markets,” she says. “Kenya is currently in FTA discussions with the U.S., which would be the first such agreement with a country in Africa. This is a great way to cultivate new soy champions while we support free trade, and WISHH is already working with soy entrepreneurs in Kenya.” 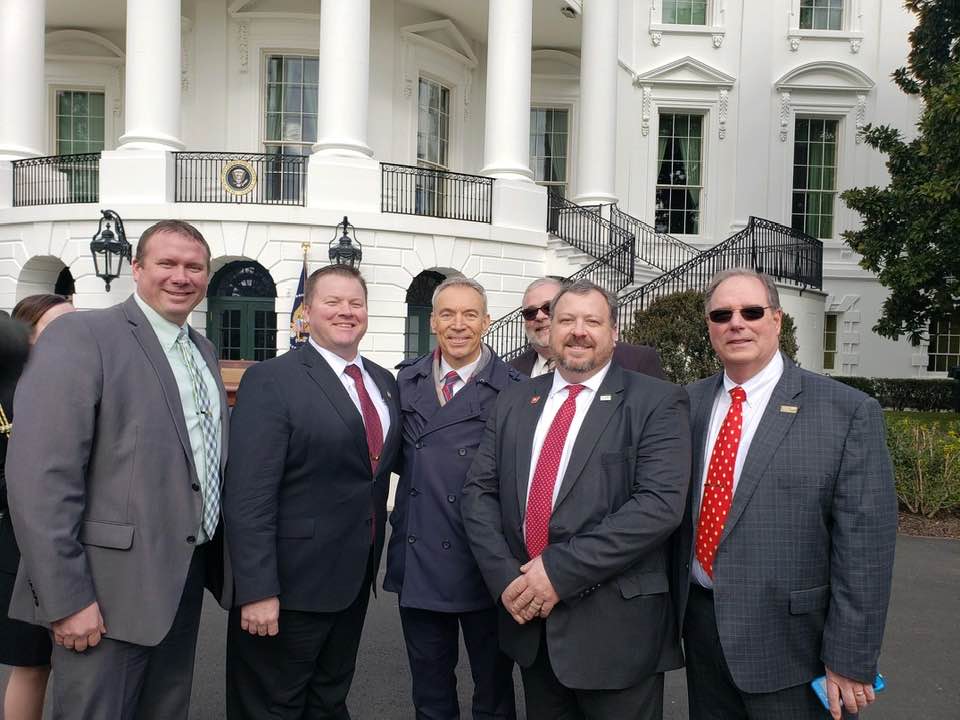 The U.S. soy family’s efforts to maintain, as well as expand existing markets and develop new ones is rooted in previous program success.

One of the tried-and-true market development tactics is providing technical service so customers can see the benefits of U.S. soy in action. USSEC facilitates technical services in 82 countries.

For example, the aquaculture industry in Vietnam has verified USSEC’s pioneering In-Pond Raceway Systems (IPRS) work for feeding fish, along with technical support for cage farming and nutritional training. The organization has similar efforts underway in pork and poultry production.

In Nigeria, USSEC’s Protein Challenge is creating awareness about the impact and need to overcome protein deficiency there. In India, its Right to Protein educates consumers, food industry and related stakeholders about the importance of protein in daily health, fitness and wellbeing by focusing on improving the quality and consistency of different types of protein.

In conjunction with ASA and the soy checkoff, USSEC also has built the world’s largest sustainability verification program, the U.S. Soy Sustainability Assurance Protocol (SSAP), which provides food and consumer goods companies with documented and certified options of sustainably produced U.S. soy. About 40% of U.S. soy exports are verified under the program, with 64 exporters using the tool.

“Despite COVID-19 challenges, surveys show that 100% of WISHH’s key contacts are continuing or expanding use of U.S. soy products. Similarly, 100% of 24 Sri Lankan food processing representatives who joined WISHH’s virtual technical visit with global soy expert Mark Messina reported that the training contributed to expanded U.S. soy use,” she says.

In Ghana, as part of the USDA-funded AMPLIFIES project, WISHH completed an egg consumption survey last year. Per capita egg consumption went from 172 in 2016 to 235 in 2020. As a comparison, U.S. annual per-person consumption in 2019 was 293, according to USDA. As demand for eggs grows, Hare says demand rises for soy. Ten more eggs consumed per year per person in Ghana could increase local soybean meal demand another 325,000 bushel-equivalents.

While ASA Economist Scott Gerlt expects U.S. soybean exports to trend higher the next few years, USDA’s 2021-22 marketing year export total may be down about 9% from the current year due to tight U.S. soybean stocks and strong domestic demand. In fact, the current 2021-22 crush estimate would set a new record, if realized.

“Continued strong demand worldwide for protein bodes well for U.S. soybean exports in the long run,” says Gerlt. “The risk factors are South American competition for world markets and any change in purchases by China, still by far our largest market.”

Gerlt says while the 2021-22 average U.S. cash soybean price is expected to increase to $13.85 per bushel, the highest level since the 2012-13 marketing year, the initial response is likely to be an increase in world soybean production and a short-term increase in rationing among users.

These individual market development projects not only enable better nutrition and global food security, but also drive partiality for U.S. soy in emerging, expanding and even mature markets.

USSEC identifies where significant potential may be for U.S. soy by monitoring nutrition and food security amidst growing populations and looking at economic conditions and demand. Such efforts have led to sales in Europe, Middle East, North Africa and South and Southeast Asia.

“While mature markets are steadfast, U.S. soy buyers, global population growth and economic prosperity in places like Thailand, Vietnam and Egypt have increased the need for reliable, nutrient-dense, sustainably produced proteins,” says Peterson. “USSEC support has helped to facilitate expansion, making these regions some of the fastest-growing markets for U.S. soy.”

These are also regions where WISHH helps connect market development with food security. WISHH is currently working in 22 developing or emerging markets in Asia, Africa and Latin America where there is growing protein demand.

“WISHH’s latest evaluation shows 84% of our strategic partners are committed to further product development and research to incorporate soy protein,” says Hare. “To get results, WISHH creates diverse, tailor-made strategies to partner with food and feed entrepreneurs as well as their governments and allied organizations.”

WISHH is leading an innovative project in Cambodia to show fish farmers the benefits of feeding soybean-meal based diets. WISHH, Kansas State University and other partners have collaborated to produce new fish feeding and growth charts that assist in the transition from homemade fish feeds to pelleted soy-based feeds manufactured in the country. 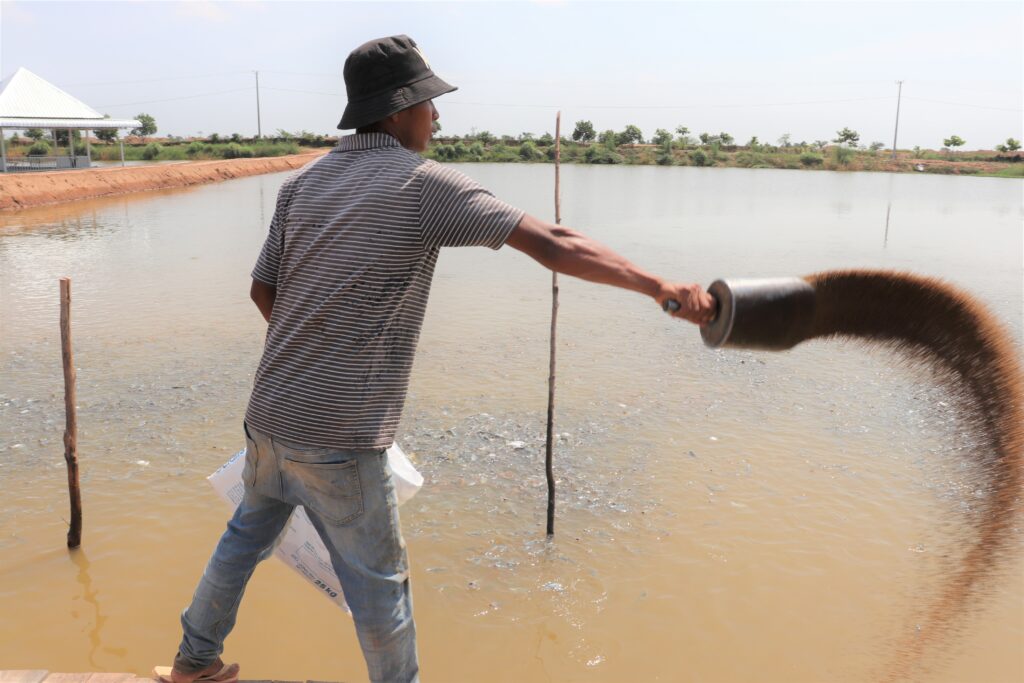 WISHH is leading an innovative USDA-funded project in Cambodia to show fish farmers the benefits of feeding soybean-meal based diets. Photo Credit: WISHH

A WISHH strategic partner will use the study results once complete this fall to make feed mill investment decisions that will boost the aquaculture industry in the region.

“We appreciate the United Soybean Board partnering with WISHH on an initiative in Africa, Asia and Latin America to mobilize entrepreneurs to expand U.S. soy use. This helps compress the time for a new U.S. soybean market to go entry level to expansion market-ready,” says Hare. “The initiative attracts and mentors entrepreneurs who can invest in developing and emerging soy enterprises to create new U.S. soy markets.”

In Latin America, WISHH is working closely with food and beverage companies that see opportunities for soy to play a key role in healthier diets. One WISHH strategic partner is one of the world’s largest tortilla makers that is collaborating on fortifying its products. WISHH is also leading a series of webinars that will assist mid- and large-sized food and beverage companies in developing new products that use U.S. soy protein ingredients.

Looking forward, USSEC is building knowledge, institutional capability and infrastructure via Soy Excellence Centers (SEC) the organization is placing in key locations. SECs have been set up in Nigeria, Egypt and Southeast Asia, and launched in June in the Americas.

For example, when USSEC first started working in Egypt, Peterson says the country imported most of its soybean meal. Now about 95% is supplied by local crushers. Use of existing crushing facilities is about 80% and operators are building additional capacity.

“Preference for U.S. soybeans has grown with Egypt’s crush industry. Egypt has now become the third largest soybean export market for U.S. soybeans, and soy exports to the entire region continue to rise,” he says. “USSEC is doing its part to feed Egypt’s growing poultry, aquaculture and dairy sectors, which in turn feed its thriving population.” 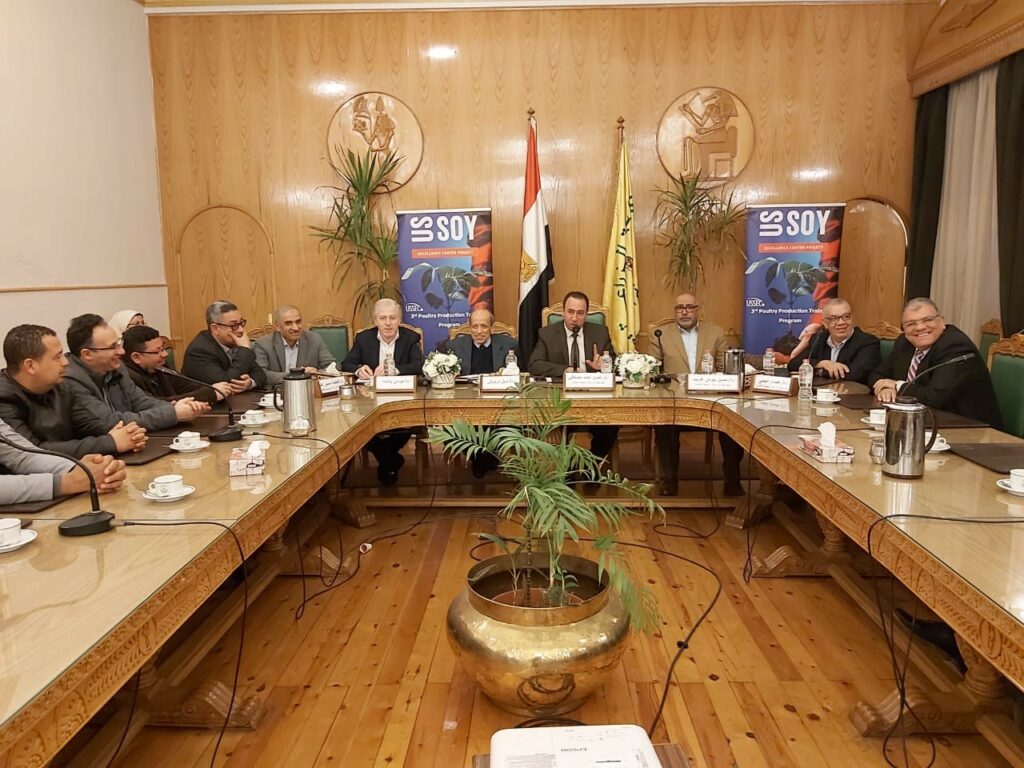 Importers and end-users in Thailand appreciate the quality and consistency of U.S. soybeans, backed by reliability and sustainability, says Peterson. Crush capacity has increased in the past three years and Thailand is now one of the region’s largest producers of full-fat soybean meal. The country is earmarked to become an SEC for animal and aquaculture production.

“Vietnam is a fast-growing market, having gone from a non-existent crush sector to a top 10 destination for U.S. soybeans,” says Peterson. “We want to continue to supply Vietnam and the rest of the world and to enable the growing dietary shift and quality of life trends.”

For the last seven years, WISHH has leveraged every dollar of soybean checkoff funding it received from 23 qualified state soybean boards into $6 of outside funding to support soy use in animal feed or human food. Hare anticipates that success will continue under WISHH’s new strategic plan. WISHH’s focus remains global food security, new market exploration and development, diversified strategic partnerships and organization growth and stability.

Together with USSEC and the soybean checkoff, ASA and the entire soy family have plans in place. “It is our job to make sure people are educated about the soybean industry and the value soybeans bring to the U.S. economy,” says Houston. “There are many good days ahead for all of us.”

To target its work, USSEC categorizes markets as emerging, expanding and mature:

WISHH is working in developing and emerging markets: