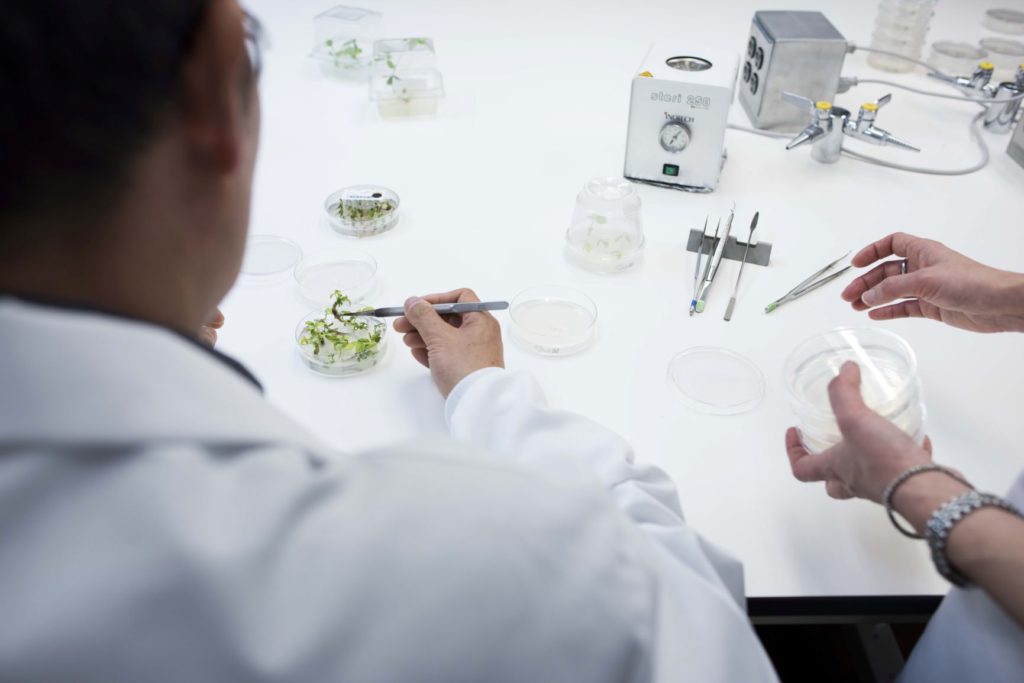 It’s no secret that farmers love regulations about as much as a root canal. Especially when rules seem outdated and lack common sense, or sound science.

The current administration has made it a priority to reduce regulations where possible. And revamping long overdue biotechnology regulations gained priority after President Trump signed the Modernizing the Regulatory Framework for Agricultural Biotechnology Products Executive Order in June.

U.S. Secretary of Agriculture Sonny Perdue summed up the moment: “Our current regulatory framework has impeded innovation instead of facilitating it. This will modernize our regulatory framework so that it works for our farmers, ranchers, and consumers. We need all the tools in the toolbox to meet the challenge of feeding everyone now and into the future. If we do not put these safe biotechnology advances to work here at home, our competitors in other nations will,” he said.

The executive order directed the three agencies to review their respective biotech regulations to streamline the processes and remove overly burdensome regulations.

USDA took the proverbial bull by the horns and collected a lot of stakeholder input to create new proposed rules, assisted by the American Soybean Association (ASA), United Soybean Board (USB), U.S. Soybean Export Council (USSEC) and many other ag groups, companies and organizations, according to Renee Munasifi, ASA biotech representative.

ASA President, Davie Stephens, writes in his letter to USDA’s regulatory administrator about the importance of swift action on this rule “to keep the U.S. and our agriculture industry as the leader on biotechnology and innovation globally. USDA, along with FDA and EPA, need to be coordinated in their approach to biotechnology, especially the emerging technologies like gene editing, and work with other countries to develop compatible regulatory frameworks rooted in science that encourage robust trading relationships and prevent disruptions in the global marketplace.”

As breeding evolves, the regulations or the policies with respect to breeding need to evolve, said Andy LaVigne, president/CEO of the American Seed Trade Association (ASTA). “Without the continued investment by American seed companies and continued evolution of the strong base-genetics foundation of varieties that farmers count on, current challenges of climate extremes and pest resistance will compromise global food security.”

The proposed revisions by USDA are expected to promote efficiency by allowing APHIS to focus resources on the oversight of genetically engineered (GE) organisms with potential plant pest risks and reducing oversight of GE organisms that are unlikely to pose risks, because they’ve already been proven safe. This will eliminate inefficient regulatory burdens without compromising safety. And it allows APHIS to bring a level of oversight that is consistent with the degree of risk associated with GE organisms.

“These proposed changes are very encouraging, both for trait developers and for farmers,” said Kevin Diehl, seed regulatory platform director for Corteva. “The data requested, and the review time will be much shorter for the more familiar, already-approved traits like Bt and herbicide tolerance. And for the newer technologies, regulators can focus more on these to ensure they have the right safety packages. It’s very science-based and very proportionate with risk.”

The larger concern, if regulations continue to lag behind technology development, is overall sustainability of farmers whose livelihood depends on improved technology to help deal with climate extremes—from floods and drought to changing weed, disease, and insect problems made worse by such extremes.

“Biotechnology is an essential tool in farmers’ quest to produce enough food to meet the needs of 9.7 billion people by 2050, while placing less of a strain on our natural resources,” Stephens said. “More than 90% of soybeans grown in the U.S. contain at least one trait derived from biotechnology, which allows farmers to use less inputs on fewer acres to produce more food.”

Such high adoption of these crops is due to decades of proven monetary and environmental value to farmers in the form of higher and more consistent yields and improved weed and insect control from using fewer crop protection products per acre.

“Herbicide tolerant technology, when used correctly, has enabled farmers for decades to improve weed control at lower costs, as well as reduce tillage and expand no-till acres,” Diehl says. “Thanks to biotech crops, these tools really changed the way weeds, insects and diseases are controlled in soybeans, corn and other crops. We’re seeing the next wave of technology coming into soybean weed control now, like our Enlist E3 soybean platform, which will only improve well into the future.”

The reduced risk of yield extremes proven by biotech crops has given farmers greater confidence to change practices that benefit their business. A 2018 Soybean Checkoff study of farmers found 59% had changed their production practices to increase the sustainability of their business, and 32% believed that improving soil health is the most important thing that will increase the sustainability of soybeans.

Seed breeders also are excited about growers and landowners increasing the health of their soils. “As biotech genetics move toward greater nutritional values in many crops, we’re learning that improved soil biology will help deliver more of these crop benefits to the end user consumer,” LaVigne said.

“Possible biotech improvements to cover crops also intrigue genetic researchers, due to the soil health and water quality capabilities of these crops,” he added. “It’s exciting to think about using gene editing to perhaps help cover crops get a quicker stand before first frost, or help plants send roots even deeper into the soil.”

These revised regulations also are designed to add greater transparency to educate both domestic and international markets, as well as consumers, about the new technology. “At this point, we have decades of confidence in the safety and efficacy of biotech products on the market,” LaVigne said. “As we evolve to using newer breeding methods like gene editing (CRISPR) and other technologies, these regulations must help build confidence in consumers, so they are not afraid of science-based innovation.”

Because seed genetic researchers have a much greater understanding of plants, using newer tools like molecular marker techniques or gene editing like CRISPR Cas, they are able to target the good genetics and breed away from the bad genetics so there’s less backcrossing in the future. “So, as we continue conversations with consumers and the public, the better they understand the fact that a tool like gene editing helps focus on those plant characteristics that are naturally occurring, the better their acceptance,” LaVigne added.

“These new gene editing tools, using a plant’s own genetic material instead of foreign material to actually improve resistance to disease, for example, should help consumers relate to biotech value,” Diehl added. “In some cases, biotech solutions can help save an industry, like citrus. Significant biotech efforts are underway to resolve the citrus greening problem that is devastating 75% of groves in Florida and the southern U.S. We’re truly excited about the biotech creativity happening in labs all over the world that will result in new and better products that consumers will value,” he said.

There is a whole genetic breeding evolution that is booming, LaVigne believes, and we have a great opportunity to bring solutions to America’s farmers--and to global consumers--if we get these regulations right.

As farmers expand further into new biotech crops, soil biology, precision application of inputs, data-driven practices, improved weather forecasting and whole-farm business analysis, the next wave of agriculture will be all about holistic sustainability.

“Connecting the next generation of biotech crops to the growing wave of digital information will help maximize the utility of a farmer’s given situation,” Diehl said. “We’re excited about the next wave of digital technology, like our Granular suite of tools, that’s totally outside of biology, but connected to it. When you can connect that information—what you’re planting, where you’re planting it, what sort of management decisions are you making to deliver a yield—and then take it a step further into business analysis software, that will help farmers be really successful.”

“America is on the threshold of entering a new era of sustainable agriculture and food production, and it’s important we get this right for farmers, consumers, U.S. companies, and the world as a whole. With prudent regulations, we can foster American innovation and bring to market biology-driven solutions that are improving nutrition, reducing food waste, increasing crop yield, combating debilitating crop diseases, and advancing environmentally friendly farming practices.