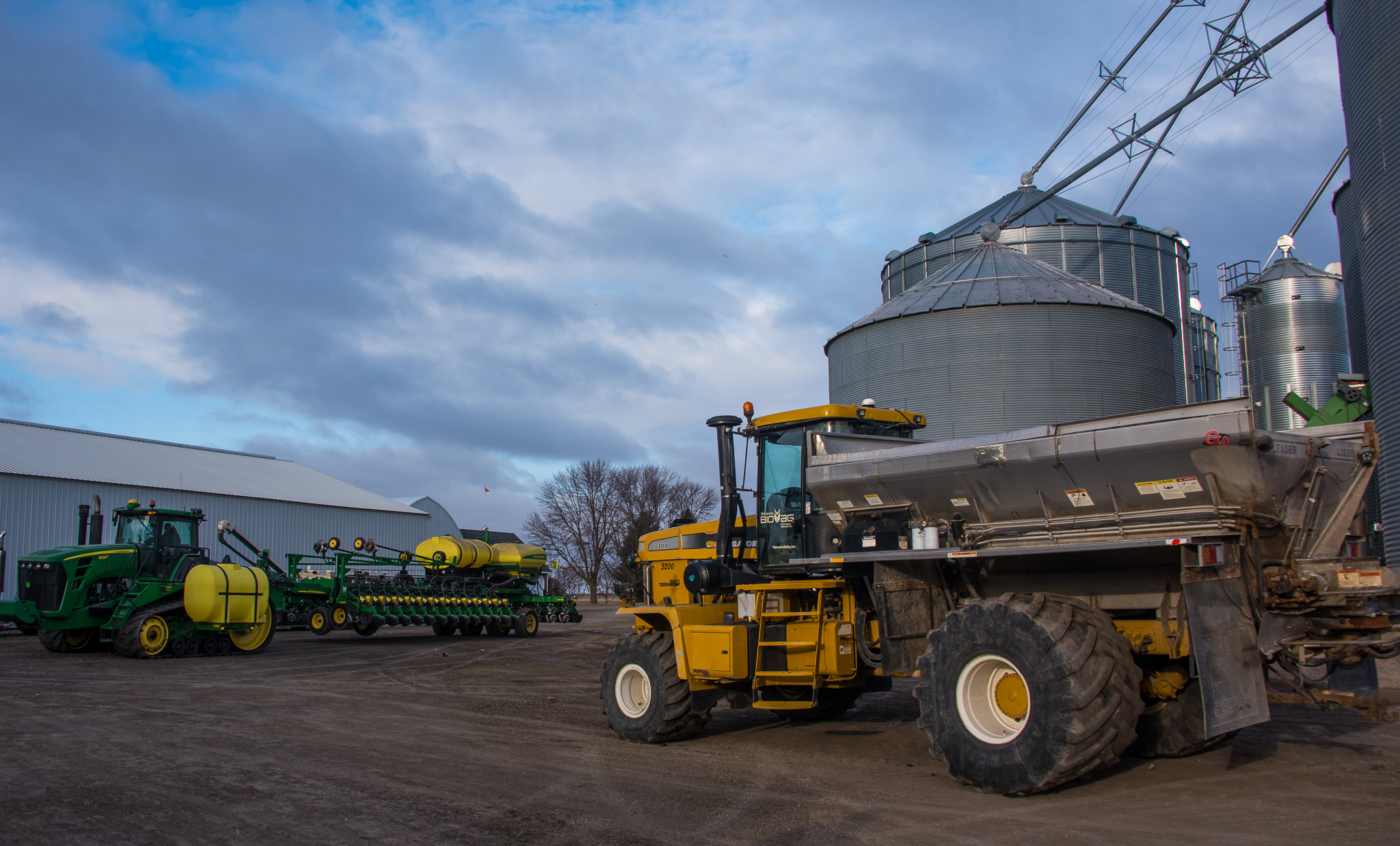 While converting naysayers isn’t the motto of this central Minnesota farm, Brian Ryberg’s efforts to adopt strip-till and cover crops in his heavy clay soils in 2014 set the coffee shop abuzz and kept area farmers watching his fields and yields.

“The longtime philosophy in this corn, ethanol and sugar beet area was that heavy tillage was necessary to warm up the soils and drain the fields. We all thought only black soil would grow corn-on-corn,” Ryberg says. “Then an aha moment of growing corn after pasture changed our thinking and opened our eyes to the many benefits of soil health and conservation.”

Expecting only half a corn crop from that pasture ground, Brian and his dad Howard watched greener and healthier June corn grow into an equal yield to their conventional-tilled fields. This prompted many questions, and the answers showed tillage degrading their soils.

“We realized this path was not sustainable but knew we couldn’t jump into no-till right away,” Ryberg says. “Strip-till looked like a happy medium, and within two years of shifting to a Soil Warrior, planting on strips and seeding cover crops, we saw dramatic soil structure improvement. As a result, our recreational tillage days came to a halt; we sold the equipment and gained higher profits.”

Like all farmers in sugar beet country, Ryberg plants everything on 22-inch rows, which made strip-till a more significant challenge. He shifted to a shallow vertical tillage pass to size residue and seed cover crops to make high-yield corn residue compatible with this cropping system.

“We achieve good cereal rye stand each spring but wanted a faster system to cover more acres after harvest since the seedbox needed a refill every 35 acres. Thanks to a grant from the American Soybean Association (ASA) and the Walton Family Foundation, it spurred Ryberg into buying a used Terragator to hopefully triple his use of cover crops across 3,000 acres this fall. Ryberg was eligible to apply for this grant after being named the 2021 ASA National Conservation Legacy Award winner.

One of the most immediate benefits Ryberg noticed after planting cover crops was a reduction in wind erosion that would cause black snow. “This is a black eye for the industry that we don’t need,” he says. After two years of cover crops, Ryberg noticed less water erosion due to improved soil health that absorbs more water.

“Thanks to this improved soil structure due to the synergy of strip-till and cover crops, we survived a very wet harvest in 2016 without leaving a track. But, unfortunately, many conventional-tilled farmers in the area lost valuable time with combines stuck in the mud with deep ruts left in the field,” he adds.

Ryberg admits he didn’t think improving soil structure could make a quick impact. “I’d take a shovel of soil in the field and find earthworms like crazy compared to tilled soils, along with impressive cereal rye root mass. We’ve even had commercial tile installers comment how much easier it is to pull a tile plow in these fields and wonder why we had so many earthworms.”

Soil temperatures warm up nicely in spring on strips and in cover crops. One spring, Ryberg used an infrared thermometer that proved his strips were just as warm as neighbors’ conventionally tilled fields. “We had a sugar beet field with four- to five-inch-tall cereal rye that was the warmest ground we had, which proved to us how growing cover crops in spring help warm a healthier soil,” he says.

While conservation and innovation are values firmly entrenched in Ryberg by his dad’s legacy, the practices must drive profits to keep the farm economically sustainable. For example, he expects the used Terragator to pay for itself in one year compared to costs for aerial-applied cover crops. He also sees potential spring custom work to spread nurse crops on sugar beet acres with the floater.

“The floater will improve our cover crop practices and get more acres done, which is a huge plus. This combination of strip-till, banded fertilizer and cover crops has increased our corn yields by 5% and soybean yields by 10-15%. And we’ve cut our labor, repair and fuel costs in half compared to our heavy tillage practice, delivering net positive margins,” he adds.

Since fall cover crop growth is limited or even nonexistent in these northern climates, Ryberg likes cereal rye because it grows quickly in the spring. “We’re very comfortable now planting soybeans green into 12- to 18-inch-tall cereal rye. Then we terminate it, leaving a nice ground cover to suppress weeds,” he says. “We’re hopeful there will come a day we can reduce spraying and other inputs.”

Ryberg also sees water quality improvement as the cover crops help filter and capture nutrients, proven during some water quality studies on his farm. “Our next step is learning more about nutrient release with cover crops to determine the possibilities of cutting back on applied fertilizer without hurting yields.”

Constant learning is vital to innovation and exploring new ideas, as practiced and dispersed by the Rybergs. “My dad was always trying new things, so change has never been very hard for us. Mentors, seminars and field days have helped immensely as we’ve stumbled and eventually succeeded with strip-till and cover crop adoption. And we give back by holding our own field days to show what we’ve learned, so that others can benefit and adopt,” he adds.

According to Ryberg, the naysayers in the area became fewer after seeing their crops and viewing their practices. “This strip-till and cover crops practice is just another step forward, just as I remind the farmers who don’t want to change that everyone used to moldboard plow, and they don’t anymore. Seeing is believing, and we’ve heard great comments about how much healthier and dark green our corn looks. That is progress,” he adds.f

ASA is proud of its conservation legacy and partnership with The Walton Family Foundation. The Foundation works with organizations like ASA to align policy and market incentives to encourage farmers to adopt practices that improve water quality, enhance soil health and reduce pollution across the Mississippi River basin.