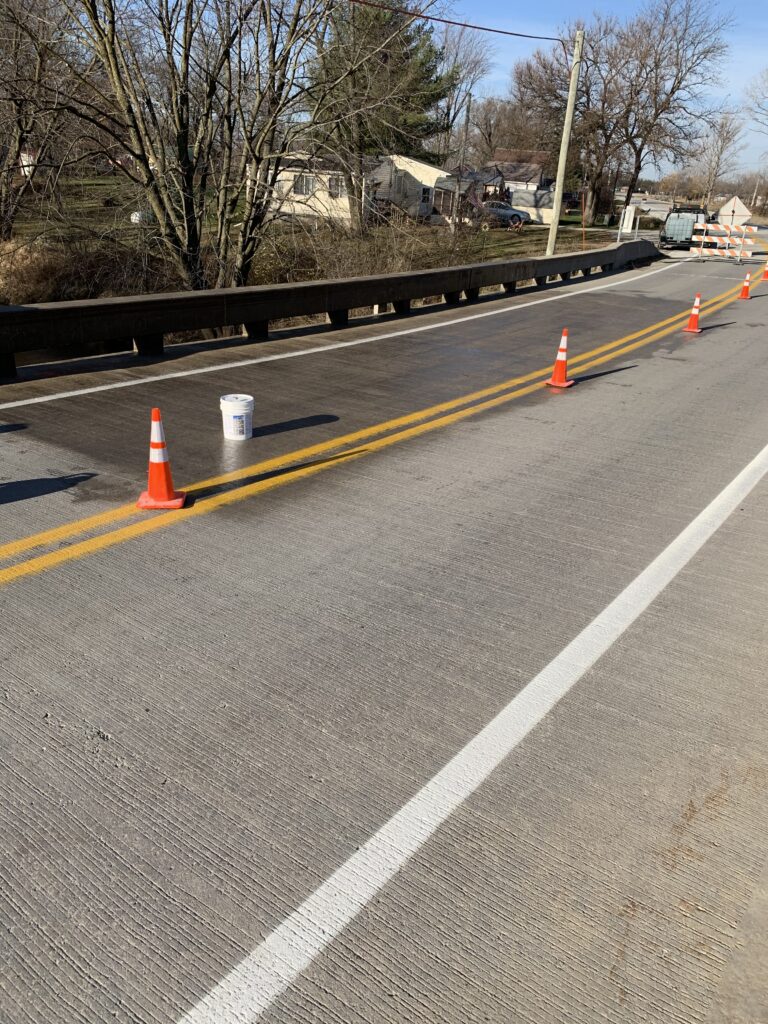 In the midst of intense debate and a partisan atmosphere on Capitol Hill regarding critical issues facing the nation, there are pockets of positive stories to be told. One such is how a little provision to promote the use of biobased construction materials containing soy made it into the bipartisan infrastructure legislation that passed the U.S. Senate and is pending a vote in the U.S. House of Representatives.

It’s a small part of the legislative pie, but its inclusion in the bill is significant in the promise it holds for advancing sustainable, cost-effective infrastructure solutions, reducing landfill waste, and creating new, profitable markets for soy-based products.

“It’s really a great moment of collaboration where everyone works together and you have a grassroots effort come to fruition,” said Alexa Combelic, director of government affairs for the American Soybean Association.

This grassroots effort started with soybean checkoff programs working to discover new uses for soybeans to help increase demand and deliver profitability for farmers. The investment and collaboration resulted in universities, in partnership with some state departments of transportation, developing innovative soy-based construction materials like asphalt sealers and concrete durability enhancers to be used on infrastructure projects to maintain roads and bridges across the nation.

“Any time that we can partner with innovative people to invest our soybean checkoff dollars in future-forward projects, we call that a win for our growers,” said Tim Ostrem, the chairman of the South Dakota Soybean Research and Promotion Council (SDSR&PC).

The Soy Transportation Coalition, which is comprised of 13 state soybean boards, the American Soybean Association, and the United Soybean Board, leveraged its relationships with state officials to promote the use of the products with demonstrations throughout the country.

“Just because you’ve produced a product doesn’t mean it’s widely accepted, and there can be a significant lag time between the development of a good idea and the embrace of a good idea,” said Mike Steenhoek, executive director of the coalition. “An organization like ours can certainly increase awareness of it and increase the motivation to use it.”

However, the real opportunity for advancement of these products lies in the bipartisan infrastructure package, thanks in large part to Senator Mike Rounds (R-SD). His strong relationship with the South Dakota Soybean Association helped inspire a provision within the bill to create a pilot program that encourages the use of biobased construction materials containing soy. This would enable these products to be used more broadly in federal highway projects. “So many states, state soybean boards, and soybean associations are already collaborating with universities, so we saw this legislative opportunity with Sen. Rounds as a way to lend a louder voice to what they’re doing,” said Combelic. “Having that statute to develop a pilot program will help our case moving forward as we continue to find larger markets for these products.”

It is no secret that extreme weather can be brutal for roads and highways, especially in states where snowstorms are prevalent. Concrete pavement joints are the weak point in their service life and can deteriorate quickly from freeze thaw deterioration and salt deterioration. To repair them is a costly endeavor, but a product like PoreShield, a soy-based concrete durability enhancer, can be absorbed into the concrete like a sponge to improve the road and provide long-term protection.

“It was born out of solving a problem with a unique solution,” said Imbrock, a former researcher at Purdue University and now president of Environmental Concrete Products. “Making concrete last longer reduces the need for new concrete and new cement and obviously extends state infrastructure budgets.”

“We can't simply have an approach in this country of, ‘let's build it and then just move on to the next infrastructure project.’ We need to make sure that we're maintaining it and doing everything we can to ensure the longevity of it,” added Steenhoek.

In certain states like Indiana, the product has taken off with multiple projects. In 2020 alone, PoreShield was applied to 77 bridges in seven counties totaling more than 300,000 square feet. As demand grows for products like PoreShield, so does demand for soybeans. On average, 400 bushels of soybeans are used for every mile of two-lane bridge receiving a full-surface PoreShield treatment.

Meanwhile, a collaboration between the Iowa Soybean Association and Iowa State University resulted in advancing another soy-based asphalt sealant called Replay that extends the life of paved asphalt surfaces while promoting environmental stewardship.

“From a sustainability perspective, it is helpful in reducing the amount of raw materials and energy by being able to use recycled content,” said Eric Cochran, an Iowa State professor of Chemical and Biological Engineering.

Cochran attributes public-private partnerships and collaborations with the state and national soybean organizations as a key to the success of these research advancements.

“They’re instrumental in bringing the universities and companies together to get new technologies launched and into the marketplace where they belong,” Cochran added.

The pending passage of the bipartisan infrastructure package in the coming weeks that includes Sen. Rounds’ pilot program provision will provide another way to encourage these collaborations and the use of these products across the country.

For growers, this provision would further pave the way for greater demand of soybeans grown in the U.S. while enjoying the satisfaction that they are playing an important part in building a more environmentally sustainable future.

“As soybean growers, nothing is better for them than to know that not only are they growing a crop to help feed the world,” said Combelic, “but they’re also helping to make the world more sustainable.”