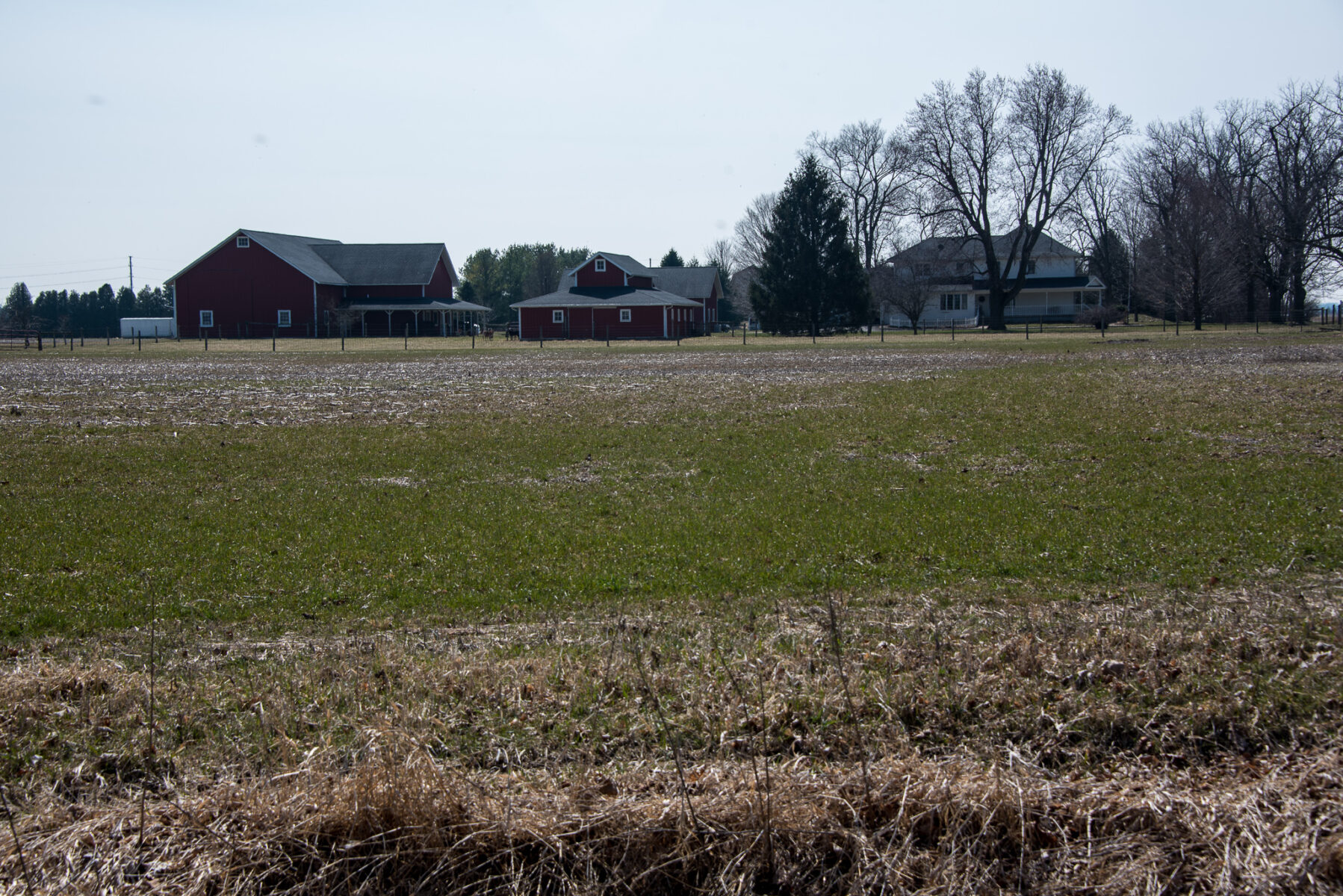 The Murphy family farm adds a rock chute to halt drainage ditch erosion as one more integral step in their successful conservation system.

Over his farming career of 48 growing seasons near Canton, Danny Murphy evolved his conservation mindset and practices from full-tillage cotton to no-till and cover crop corn and soybeans. And this humble, former American Soybean Association (ASA) President and Board Member gives credit to other ASA member farmers for sharing their no-till journey.

“We continued to add terraces like my grandfather before us, then took steps in the mid-1990s to reduce tillage thanks to the Roundup Ready system that replaced four or five cultivator trips across cotton fields,” Murphy says. “But we still weren’t satisfied with the amount of erosion we saw across the fields.”

In 2005 when Murphy joined the ASA Board, he was exposed to numerous Midwest farmers who told stories of their no-till adventures. “I began to really see that it wasn’t such a big step to get into no-till, and I didn’t need a lot of equipment modifications, except on my mindset,” he says. “We learned that the long-held beliefs that tillage was needed just wasn’t true, and it was time to leave old habits and thinking behind.”

Conservation tillage became the norm with Murphy Farms, followed by a natural progression of no-tilling corn into cotton stalks, leading to 100% no-till corn and soybeans by 2012. With no-till and terraces helping to slow water movement in his fields, Murphy turned to other areas of his farm needing repair.

Thanks to a grant from the American Soybean Association (ASA) and the Walton Family Foundation, Murphy added another NRCS-designed rock chute to halt some severe erosion in a drainage ditch. Murphy was eligible to apply for the grant after receiving the 2021 ASA Conservation Legacy South Region Award.

Murphy worked with Phillip Archie, his NRCS District Conservationist for Madison County, to examine a solution for a three-foot eroded drop in a drainage ditch. Archie and NRCS engineers determined that a properly designed and installed rock chute would eliminate the erosion. “NRCS has been a great partner over the years to help us look at solutions to problems, and we’ve really benefitted from their programs like EQIP and their expertise,” Murphy says.

With 55 inches of annual rainfall and more frequent storms that unleash 3-4 inches per storm, Murphy focuses on not transporting soil and nutrients off the farm. NRCS has installed five previous rock chutes to slow water, and this current drainage ditch project helps manage water flow from an adjacent 60-acre pasture and cropland. “So that’s a lot of water moving down through this ditch,” he adds. “We don’t want to add more sediment to the streams and rivers in our area.”

Water flow over the years created a waterfall that dropped 3 feet as one ditch emptied into another ditch, increasing the power of water to erode soil and carry it downstream. “I’ve wanted to address this issue for decades, as it was eroding soil at a rate of one to two feet per year, critical because it is three-fourths of a mile from the Big Black River,” he says.

NRCS engineers studied water flow and designed a 13-ft.-wide by 45-ft.-long excavated area to correct this soil and water quality issue. The design used 65 tons of 100-lb. riprap rock about 1.5 ft. deep. Seven yards of concrete hold the rock in place. “There’s also a four by four-foot head wall and a four by four-foot toe wall filled with concrete and rock on each end to ensure that water doesn’t undercut the rock chute,” Murphy says.

It is critical to have these erosion control structures professionally designed, he says. It’s a significant undertaking, requiring a bulldozer, an excavator, and a track hoe or other machine to prepare the site and ensure everything stays in place. “My oldest rock chute is five years old and has required no maintenance due to professional design and construction,” he adds.

During Murphy’s decades-long effort to reduce tillage, several soil health benefits have kept more water on the land. “Back when we were doing heavy tillage in the 1980s, soil test organic matter was 0.6 to 0.7%. Last fall, our OM tests were 1.3 to 1.7% which is a tremendous increase. Higher OM soils have a lot better water-holding capacity, better mycorrhizal growth and soil tilth,” he adds.

Cover crops have aided soil improvement gains over the past 5-6 years. Murphy has seeded wheat, black oats and hairy vetch and appreciates the value of living roots in the field year-round for soil improvement and erosion control.

“Conservation is a means to efficiency, and it is improving the economics of my farm by reducing trips across the field, increasing yield and improving soil water holding capacity. All of this plays into a system to successfully grow profitable crops while improving the land for future generations,” he adds.

ASA is proud of its conservation legacy and partnership with The Walton Family Foundation. The Foundation works with organizations like ASA to align policy and market incentives to encourage farmers to adopt practices that improve water quality, enhance soil health and reduce pollution across the Mississippi River basin.