As farmers are always on lookout for the most efficient ways to grow and use their soybeans to meet end-user needs while maximizing profit opportunities for their operations, several emerging uses have allowed soy growers to explore new markets in recent years—including biodiesel, soybean meal improvements and high oleic oils. Although there are always obstacles to diving into new markets and being one of the first to give it a go, early pioneers of these markets are sticking by their advocacy and believe in the potential they have for the soybean industry. 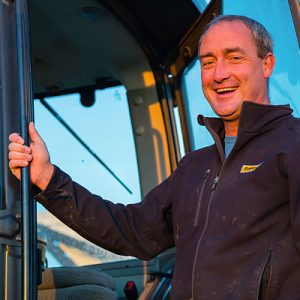 As 97 percent of soybean meal is consumed by animal agriculture, including swine, poultry and fish,

Hagert said it is important to him to make sure growers are meeting their number one customers’ expectations for quality feed.

“The individuals in the production side of animal ag—they’re looking for a reliable supply, but not just bushels—they’re also looking for a certain quality,” he said.

The vision is to drive innovation beyond the bushel and continuously improve U.S. soybean meal. The United Soybean Board (USB) has looked at meal improvements for a number of years, and just recently started a project to raise protein levels in soybeans in the upper Midwest by a percent or percent-and-a-half. Hagert said he’s encouraged to see some of the results coming in and it looks like the goals are achievable.

“This involves working with industry partners to create those types of varieties, not only improving protein, but enhancing the nutritional bundle and really being able to provide what our end users are looking for in the quality of their feed,” Hagert said.

He added that improvements in the protein and nutritional bundle must be made without sacrificing yield.

“We as producers have opportunities in the near future to see some of these products come from enhanced breeding methods—it’s a different way of solving an end users problem and really looking at how to get those improve- ments taken care of,” Hagert said. 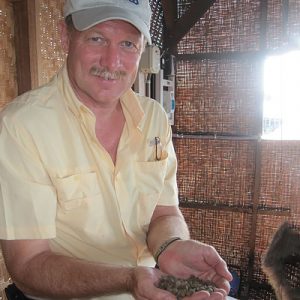 Bob Metz was an early supporter of biodiesel when the industry was searching for a solution for excess vegetable oil in the early 2000s.
Photo courtesy of USB

The soybean crushing industry is driven by feed protein for animal agriculture but crushing soybeans also produces oil, and in the early 2000s there was an excess of vegetable oil sitting in the U.S. and no use for it.

Bob Metz, of Peever, S.D., is a fifth generation farmer, who was in on the ground level advocating for the biodiesel market from the beginning, and pushing for a solution for the excess oil.

“When the only use for it was human consumption and we were meeting that demand—then the market would just go terribly south, there was no other use for it,” he said. “So we decided we needed a secondary use—food should always be the primary use, but we decided that biodiesel was that secondary use for soybean oil when the food market was saturated.”

Metz, who grows 50 percent corn and 50 percent soybeans, and is a current soy checkoff farmer-leader, served on the National Biodiesel Board (NBB) for 15 years and as president for three years. He was on the NBB and serving as American Soybean Association (ASA) president when the industry joined the Renewable Fuel Standard (RFS).

“It came about in the early days, you were buying biodiesel in 2.5 gallon jugs—it was mainly just an additive as a lubricant for our fuels, but there were many people in the industry who saw a bigger picture and they understood we needed to move from being an additive to one of the major players in the fuel industry,” Metz said.

And biodiesel became bigger than anyone ever dreamed it would be, he added.

“Today we still have excess vegetable oil in the U.S.—but when we hit that point, the biodiesel market is strong,” Metz said.

Metz said one of the challenges of growing the biodiesel market is working with the petroleum market to increase biodiesel blends.

“We need to continue to invest in this industry to keep it strong,” he 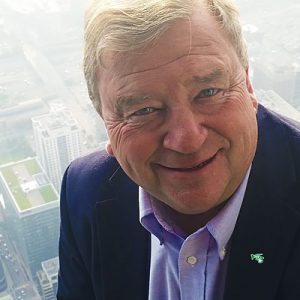 John Motter was one of the first farmers who started growing high oleic soybeans in Ohio in 2011. Photo courtesy of USB

John Motter was one of the first 12 farmers to grow high oleic soybeans in Ohio, where the market first got its start.

Motter, USB chair, first became interested in high oleic when he was involved with the Ohio Soybean Council and attended ASA’s Soybean Leadership College and saw a presentation on trans fats.

“I learned early on that we had a problem in edible oils,” he said. “That was my first exposure to the issue of trans fats in partially hydrogenated soybean oil.”

Motter said the number one benefit of high oleic is its stability without needing partial hydrogenation— which is what creates the trans fats that consumers are trying to avoid. The high oleic varieties are also bred to be lower in saturated fat—another consumer health concern.

“It’s certainly a benefit to the consumer market when we can have the best of both worlds,” he said.

On his operation in Jenera, Ohio, where he farms a corn and soybean rotation, Motter started growing high oleic soybeans in 2011. Today he is 100 percent high oleic.

“We all talk about the 9 billion pounds of high oleic that’s needed domestically, which equates to 18 million acres, I think that number is still a very solid number,” he said. “I know we were hoping we could achieve that by 2023 and that date
has pushed out a couple of years due to regulatory issues.”

Motter said regulatory issues have been the number one challenge for growing the high oleic market.

“We in soybeans have always been very responsible in not bringing a trait to market unless we have global approval and global approval has been challenging both in China and Europe. We continue to have to grow in a stewarded program, which means there are limited places that will receive the beans.”

But Motter continues to advocate for high oleic because he said the market is absolutely there.

“It’s a great oil—we’re not the only grower, there’s high oleic canola and sunflowers, but we certainly have the potential to be the largest supplier of high oleic just because we have a greater geographic growing area.”

Motter said the soy checkoff board has invested in expanding the growing area, so farmers can benefit from high oleic more quickly.

“We have to do a better job as American farmers than our counterparts in South America—so we always have to be innovative, we have to find the next trait, the next farming practice, to keep us more competitive,” he said.