If It’s Not Broke: 100 Years of Diversified Farming Agrees with the Greenways 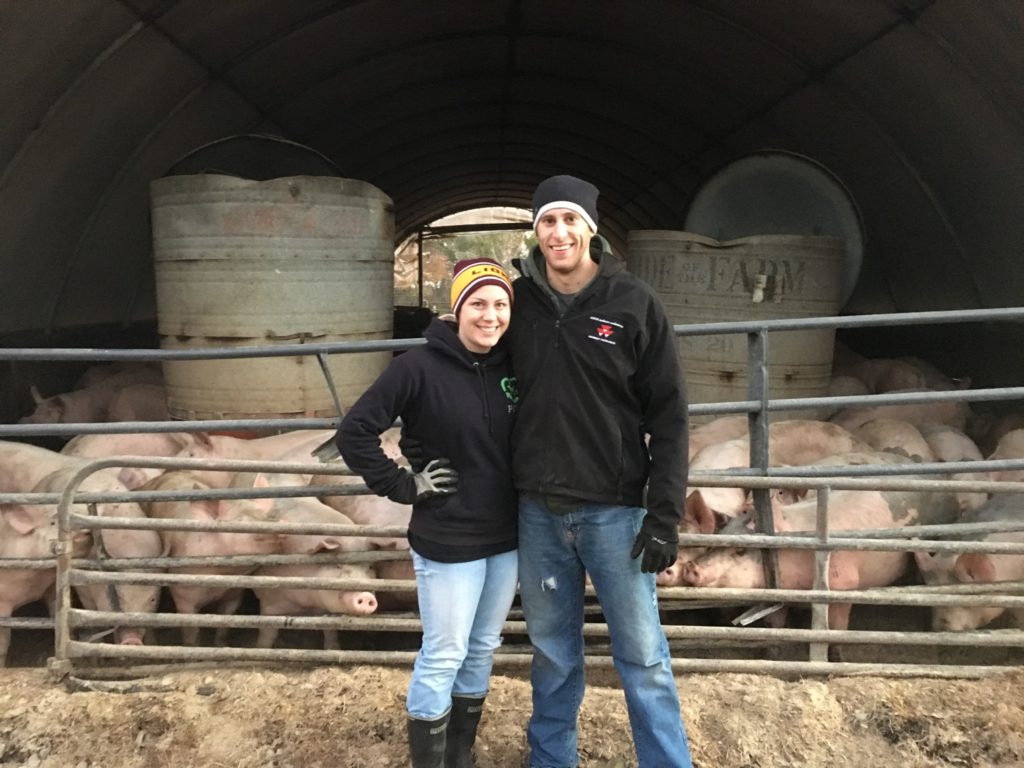 Brent Greenway farms full-time with his family in South Dakota and says diversification has been key to their stability. They recently revamped and expanded their pork production enterprise.

When Brent Greenway came back to farm fulltime in 2019 as the fourth generation of the Mitchell, South Dakota, grain and livestock farm, he was returning to what has worked for a century. Commodity diversification has been the equivalent of stability for the family.

“Above all, coming back to farm and work with family on the ground that has been in our family for almost 100 years allows me to help build on the legacy of the last three generations,” he said.

Brent farms with his parents, Brad and Peggy Greenway, and his grandfather, Tom Greenway. Although Tom is 87 and not involved in the day-to-day operations, Brent says he is always a source of knowledge. An employee, Thomas Smith, has been with them for the last 11 years.

“It is tough to start farming. I was fortunate my parents helped me transition into the operation and my grandfather provided a no-interest loan to buy into our cattle enterprise,” said Brent, who holds a bachelor’s degree in agriculture engineering and master’s degree in engineering management. He worked in farm equipment before returning home with his wife, Mollie, a registered dietitian.

The Greenways have 320 commercial cows as part of the farm, and Brent owns 75 of them. In addition, they have revamped and expanded their pork production enterprise.

“We had a farrow-to-finish operation where pigs were housed outdoors after the nursery stage. My parents decided the environment for the pigs was no longer an efficient production strategy, especially with cold winters and humid summers in South Dakota. Returns were low,” Brent said.

The Greenways joined a 14-person cooperative, Bluestem Family Farms, which is a sow barn managed by the Pipestone Veterinary Clinic out of Minnesota. The sows are a mile away from the Greenways and the source of pigs for their now wean-to-finish operation. They built two, 2,400 head barns about seven years apart, installing the latest pork production technology. Another barn was rented from Brent’s aunt before he joined the operation.

“By expanding the livestock portion of the farm, my parents were able to hire Thomas in 2008 and more recently help support my family,” he said. “The decision to expand was a wise one.”

One livestock enterprise that no longer fits with the Greenway’s strategy is the dairy Tom had until 2002. Tom and his wife, Janice, chose not to continue due to low milk prices and an aging herd. But they did maintain the beef cow herd.

“We have less productive land that is not tillable and has creeks running through it, so it makes the most sense to use that land as pasture,” Brent said. “We sell the calves as feeders.”

The pig and cattle businesses fit well with the family’s crop enterprise. Animal agriculture consumes nearly 28 million tons of soybean meal and is the top customer for U.S. soybeans. About one-third of the U.S. annual corn crop is fed to livestock.

“We have synergies with our crop production. We feed much of what we raise,” Brent said. “We make use of what we produce, and we do so sustainably.”

Generally, the Greenways feed about 75% of the corn they grow and use an on-site feed mill to process it primarily for the pigs. They also utilize dried distiller’s grain from a local ethanol plant. Some cracked corn is fed to the cattle.

Since the closest soybean processor is 100 miles away, they market their soybeans locally and buy soybean meal for feed as needed. Pig manure is spread on soybean ground for the following year’s corn crop.

And while diversification has worked well for 100 years, Brent said the last two have tested that strategy. “In 2019, we only got half of our corn planted and only about one-third of the soybeans,” he said. “Since we feed our corn, we didn’t have enough and had to buy some.”

The good news, he adds, is low crop prices and reduced crop production have been somewhat balanced by higher pork prices and production. Feeder calf prices have been relatively steady.

“When corn and soybean prices are low, we get better returns on pork,” he added. “Diversification takes out the highs and lows at any one time and helps even out our income.”

Mollie’s off-farm income as a dietitian is critical, too, although she is self-employed. “We have joined with the farm plan to get health insurance, so that is a big cost for us,” Brent said.

Additional expansion is not out of the question for the Greenways down the road. Brent and his family have discussed possibly adding one or two more wean-to-finish barns. 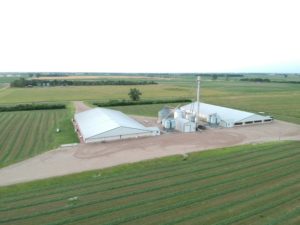 “Now that we have a pig production system in place, it would be easy to scale up and add more buildings,” he said. “Our cow numbers are static because of the finite land we have for pasture.”

And while Brent says they won’t shy away from buying acreage to produce more corn and soybeans in the future, he believes the current market is not favorable to pencil out any profits.

“We rent about 75% of our ground now and my dad owns the other 25%. We sharecrop with my grandfather,” Brent said. “If the opportunity to rent more ground should become available, we would likely entertain that more than an opportunity to buy.”

Brent also has eyes in the future of becoming more of an agricultural advocate. “I would like to get more involved. My dad has been very active on the advocacy front with the National Pork Board and U.S. Farmers & Ranchers Alliance. He speaks with a lot of different groups telling the story of agriculture,” he said. “I have gotten a taste of that through the [ASA Corteva Agriscience] Young Leaders Program.”

Brent enjoys working with other Young Leaders and connecting on Snapchat to compare notes and talk about what each of them face on their farms. Training through the program to talk with the media and with legislators has also been of value to Brent and Mollie.

“All of this will come in handy when I have more time to tell our diversified crop and livestock story,” he said.