The American Soybean Association’s (ASA) industry partners have played a critical role in its success—from regulatory policy work to supporting meetings and cultivating generations of new soybean policy advocates with leadership programs. ASA’s 100th Anniversary platinum sponsors shared insight on the impact of these strong partnerships, along with a look ahead at the biggest opportunities on the horizon for the next soy century. 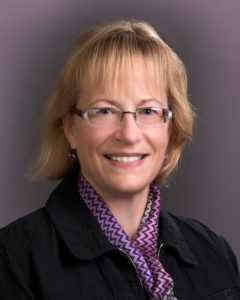 “Bayer has enjoyed a long and strong relationship with ASA, whether in the past as ‘legacy Monsanto’ or ‘legacy Bayer’ or now, as part of the newly integrated Bayer. Over recent decades, Bayer and ASA have partnered to bring innovative new technologies to soybean farmers, such as Roundup Ready Soybeans and Liberty Link Soybeans, and to also maintain access to existing technologies such as glyphosate and imidacloprid. Since ASA is a trusted voice of the U.S. soybean farmer with D.C. regulatory agencies, the agencies value ASA’s opinion on the importance of seed and crop protection tools and the continued access to those tools.

“Additionally, ASA has remained a critical partner with Bayer in the area of outreach to consumers. ASA was one of the first grower organizations to create a formal process to train and enable soybean farmers to develop the skills to successfully communicate to non-ag consumers around how food is produced sustainably and safely utilizing a variety of agricultural practices. These critical communications have grown to be one of the most valuable activities in agriculture, and ASA has continued to lead soybean farmers to the forefront on consumer conversations around sustainable agriculture and conservation.

“At Bayer, we believe the future of the soybean industry will be to continue to drive innovation through the combination of existing technologies with new technologies. While we will continue to innovate with the ‘old tools’ such as traditional germplasm breeding, ‘new tools’ like data optimization, gene editing and biologicals will enhance those existing technologies and drive us more rapidly into the future. Soybean yield will always be a critical outcome, but new innovations will enable soybeans to also improve composition, thus opening up new uses and new customers.

“Bayer is confident that heading into the next 100 years, the partnership with ASA and Bayer will continue to deliver innovation and value to the soybean industry.” 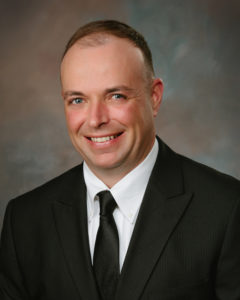 “Congratulations to the American Soybean Association on its 100th anniversary! As Corteva Agriscience works to fulfill its purpose to enrich the lives of those who produce and those who consume, our partnership with ASA has helped us strengthen the soybean industry for farmers and consumers around the world. Corteva is entering its second year as an independent, pure-play agriculture company—and we’re proud that our heritage companies’ relationship with ASA extends for decades. As we work with America’s soybean farmers, we have benefited from the valuable advice of those same farmers who volunteer their time as ASA leaders. And we appreciate the opportunity to give back through our 35-year sponsorship of the ASA Young Leader Program.

“Corteva Agriscience is excited about the future of soybeans, an important and versatile oilseed crop. We continue to focus on increasing yield potential and the agronomic performance for farmers around the world, as well as developing and expanding new markets for soybeans. Corteva is continuing to evaluate ways to maximize the value of soybeans for farmers so they can meet customer needs, including these innovations: Expanding the market for Plenish® high oleic soybeans, which allows the industry to promote a healthier oil to consumers; Elevating and stabilizing the protein content to maximize the value of soybean meal in livestock rations; Enhancing the nutritional properties of soybeans, which will be important as more plant-based protein alternatives are introduced; and, Exploring the use of soybeans in other manufacturing applications as a sustainable alternative to current practices.”

“Supporting the work of ASA has meant building a closer connection with soybean growers and the chance to collaborate on issues of mutual interest including trade, infrastructure, new markets, farm policy and regulatory processes. Together, we amplify our voices to assure the competitiveness of the U.S. soybean industry. 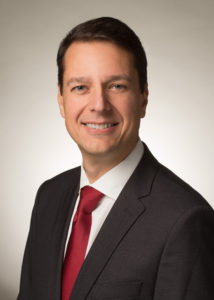 “FMC is focused on advancing agriculture through innovative and sustainable crop protection technologies. Our success as a company is dependent on the success of growers here and around the world. We measure our success by the success of the customers we serve. We partner with the American Soybean Association because both of our organizations are focused on helping soybean producers grow and sustain their businesses.

“FMC is focused on one of the biggest challenges facing growers—resistant pests. Our research and development investment is focused on the discovery of new molecules and new modes of action, both synthetic and biological. FMC has a full-discovery R&D innovation engine across herbicide, insecticide, fungicide and plant health categories. We are committed to bringing one new AI to the market each year.

“We anticipate launching several herbicides with new modes of action in the 2020s. At least two of them will be for the U.S. market. We are also developing biological products that protect yield in the presence of nematodes in corn and soybean crops. New insecticides are also in the wings.

“A growing population and a rising middle class around the world means greater demand for protein of all types, and soybeans will continue to play a key role. In a competitive world market, new technologies that focus on improving U.S. soybean growers’ profitability and efficiency will be critical.” 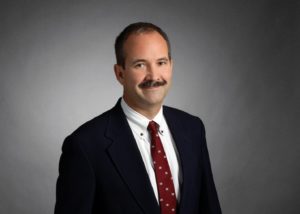 “John Deere is proud to be a Platinum level sponsor of the American Soybean Association and to participate in the celebration of ASA’s 100th anniversary.  Our partnership with ASA is a very important method for John Deere to stay connected to and support soybean farmers in the United States. At John Deere, we are committed to those ‘Linked to the Land’ and who feed, fuel and fiber the world. ASA is a strong organization that advocates on behalf of soybean farmers and aligns with the John Deere goal to provide products, technology and innovations that help increase the efficiency, capability and profitability of soybean farmers.

John Deere has a history of “disrupting” agriculture with new innovations and technology. Today, we believe that the next significant milestone in the agricultural industry evolution will be the Digital and Artificial Intelligence (AI) transformation. John Deere is well positioned to capitalize on this transformation opportunity. However, we must ensure that we, collectively (American soybean farmers and John Deere) are poised to create, adopt and implement capacity for new and emerging technologies to achieve the growing task to meet the world’s demand for food, fuel and fiber. 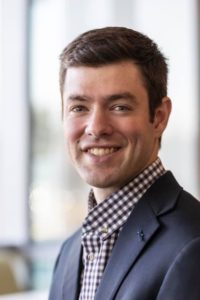 “Without farmers, there is no Syngenta. Therefore, investing in the American Soybean Association is an easy decision for us. The work that ASA does to advocate for innovation, stand up for the American farmer, and proactively focus on policy issues truly shapes the way we provide revolutionary products to soybean growers across the country.

“Realizing higher value in soybeans, high protein in soybeans, and partnering to identify potential new uses will be a primary focus as we seek to enhance soybean quality domestically, while also exporting abroad to meet growing global demands.