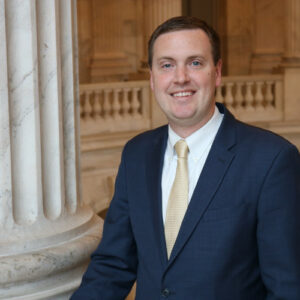 Matt Erickson is an economist with Farm Credit Services of America.

Economic disruptions from COVID-19 have led to the highest inflation rates for agricultural inputs in more than a decade. The U.S. was entering the third year of the global pandemic with a growing sense of normalcy when Russia’s decision in February to invade Ukraine again jolted the world and increased inflationary pressure.

U.S. agricultural producers have seen their overall input costs rise significantly over the past year. Fertilizer costs are at record highs. Since Sept. 1, 2021, the beginning of the current corn and soybean marketing year, national average prices for anhydrous have nearly doubled; MAP has increased by approximately 25%; and potash about 45%.

Producers also are paying more for consumer goods—groceries, appliances, furniture and more. The last time consumers were pinched this tight by year-over-year price increases was January 1982. From fuel and fertilizer to farm machinery and equipment to a gallon of milk, the entire supply chain that producers and their families depend on has been impacted by inflation.

The Russia-Ukraine conflict makes it unlikely we will see inflation recede in the foreseeable future. Russia is among the world’s largest oil exporters. In the aftermath of the invasion, oil began trading at highs not seen since 2008, and U.S. drivers saw pump prices rise to an average of $4.30 and $5.10 per gallon for gas and diesel, respectively.

The conflict also poses a risk to food markets. Together, over the past five years, Russia and Ukraine account for an average of 28.5% of the world’s wheat export market, while Ukraine accounts for an average of approximately 15% of total world corn exports. Russia’s ability to export crops is hampered by both sanctions and transport challenges; Ukrainian farmers face significant export challenges and may not even get seeds in the ground this spring. A prolonged disruption to these two countries’ food exports will add fuel to an already hot inflationary fire.

COVID and the Russia-Ukraine conflict have each proven a formidable market force. The confluence of these two events has had an unprecedented impact on global markets, and U.S. agriculture will feel the underlying effects in both the short- and long-term.

Last fall, supply chain issues resulting from COVID-19 were so profound, producers couldn’t be certain of fertilizer supplies for the 2022 growing season. Many farmers who purchased fertilizer in the fall had to take delivery and pay upfront, forcing them to lock in their crop mix early. This significantly impacted cash flows for 2021 and 2022 and left producers vulnerable to downside risks for inputs and commodity prices—especially at a time when commodity prices were at or below breakeven and the spring crop insurance price hadn’t been established.

As harvest wrapped up, the market knew domestic demand for corn and soybeans were at or near record highs, but the magnitude of drought in South America hadn’t fully been realized and the Russia and Ukraine war was not even a thought. Today, corn and soybean prices are higher than they were in the last quarter of 2021.

Producers are price takers in the market, a position that isn’t always appreciated by those outside of agriculture. U.S. producers bear the responsibility of providing food, feed, fiber and fuel, not only for us but for the world. Yet, it’s nearly impossible for producers to market a crop at its optimal price, especially in the face of unknown black swan-type events such as those coming to a head today.

In fact, the November 2022 futures price for soybeans averaged $12.42 per bushel in the final four months of 2021 versus $13.71 in January and February 2022. This is a significant difference when managing cash flow.

From an inflationary standpoint, producers were faced with rising fertilizer costs ahead of the run-up in commodity prices. This encouraged marketing to alleviate the risk of commodity prices falling below breakeven levels. Not a bad strategy given the facts of the day. But this partially eliminated the upside potential now seen in the market, demonstrating the challenge of timing one’s sales in today’s environment.

Rising inflation also leads to greater competition for farmland from investors. Corporate equities saw their largest year-over-year gain of 62% between the first quarters of 2020 and 2021, before inflation set in. Now, with borrowing still at historical lows and inflation running high, investors are looking for investments to protect capital. Returns on farmland have shown to be resilient during times of heightened inflation, while other major asset classes are largely susceptible to inflation and unpredictable recessions. As investors bid up farmland prices through speculative buying, producers must either pay higher prices for ownership, or pay a higher cost to rent or lease that farm ground.

In Iowa, where Farm Credit Services of America (FCSAmerica) appraises 21 benchmark farms every six months to track real estate trends, farmland values rose an average of 25.1% in the last half of 2021. This was on top of previous gains, putting current values 16% ahead of 2013 records. Demand for farm ground across the four states served by FCSAmerica (Iowa, Nebraska, South Dakota and Wyoming) is red hot, and interest from investors in the market is occurring.

The result of all this is upward pressure on cash rents. The last time producers operated in a record-setting commodity price environment was the 2012/2013 marketing year. Corn and soybean prices dropped considerably during the next three marketing years. Corn went from $6.89 to $3.61 per bushel; soybeans from $14.40 to $8.95 per bushel. Despite these drops, average cash rents in Iowa increased—from $235 per acre in 2012 to $260 per acre in 2014. It took four years for the average cash rental rate in Iowa to drop to 2012 levels amid continued price declines. During this same four-year period, corn dropped 48% and soybeans 38%.

The lesson: Downside volatility is much greater for commodity prices than for the cash rental market. Today’s inflationary environment alongside high commodity prices and continued low interest rates will result in producers paying higher prices to rent or lease farm ground. And if history is a guide, these higher prices may be felt in the agricultural economy for many years.

The run-up in corn and soybean futures seen earlier this year allowed for marketing and crop insurance to manage 2022 crop profitability while also helping offset some of last fall’s inflationary costs. The war between Russia and Ukraine will extend already existing supply chain issues. The labor market remains extremely tight, interest rates are expected to rise, the market is highly volatile and inflationary risk continues to grow.

As U.S. producers anxiously wait to plant their 2022 crop, the lagging effects raised from today’s inflation will pressure profitability in 2023 and beyond. The question is, to what extent? 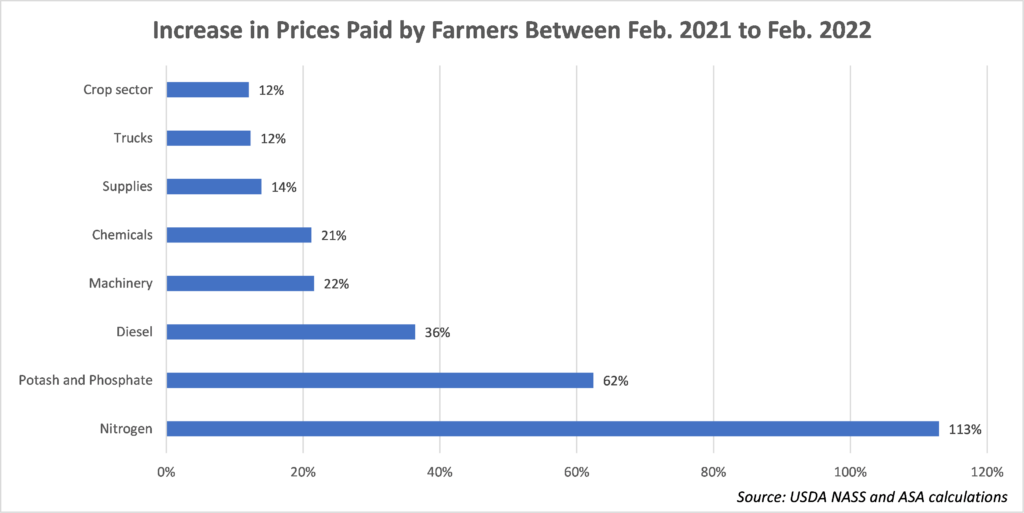