Practice makes perfect. That’s what soybean farmers who participate in American Soybean Association (ASA) leadership programs find as they learn new skills and expand their knowledge about the industry. And, they say such training is the springboard to greater service.

Belinda Burrier didn’t grow up on a farm and never anticipated she would promote agriculture to consumers. But she married a farmer and got a taste of leadership through his experience. Her husband David served on the Maryland Soybean Board, and Belinda drove him to meetings.

“I got familiar with the soybean checkoff and began to see the value of David’s role with the board,” Belinda said. She and David have been raising soybeans, corn, wheat and grass hay for the horse industry since 2000 near Union Bridge, Md. 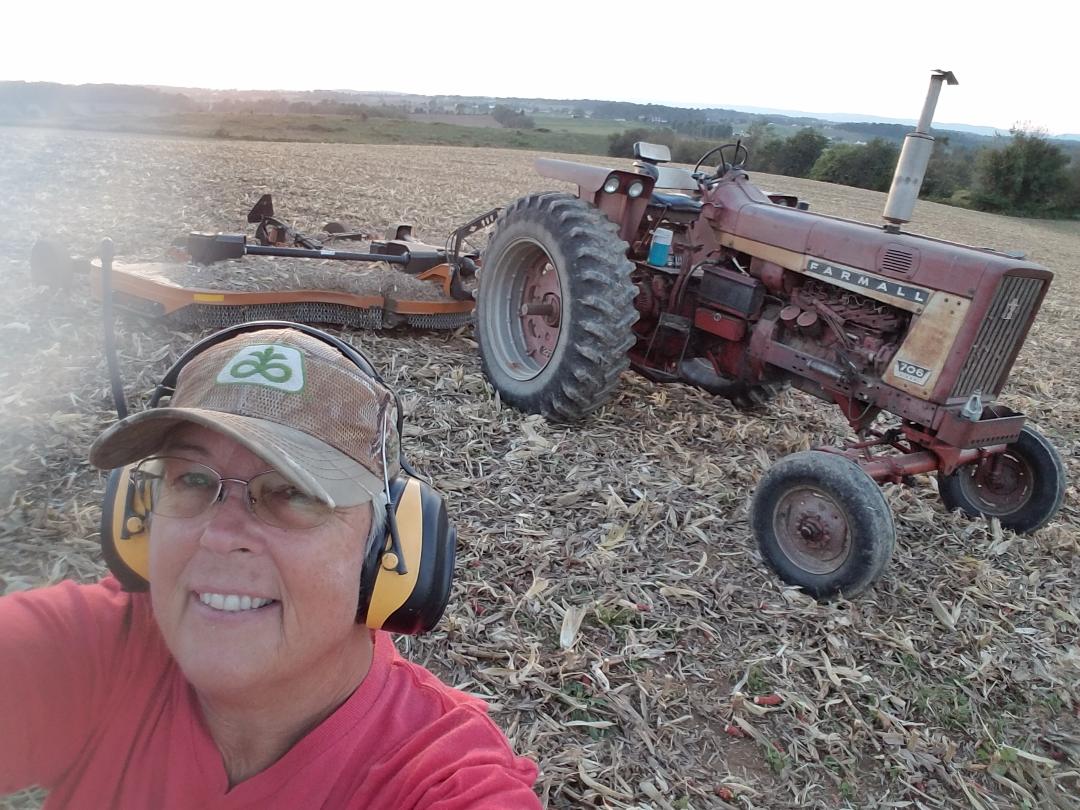 David has since become a director for the Mid-Atlantic Soybean Association, while Belinda now sits on the Maryland Soybean Board and is also a United Soybean Board (USB) director.

“Had it not been for the ASA DuPont Young Leader Program in 2011, I may not have decided to go into leadership,” she said. Belinda also attended ASA’s Leadership At Its Best Program in 2012-13, and she and David were 2018 Northeast Region Conservation Legacy Award winners.

“Leadership programs really opened my eyes to legislative issues and to soybean promotion,” she said. “Visiting Washington, D.C., gives you a feel for how hard it is to influence legislation. Visiting with neighbors is an opportunity to share checkoff benefits and to promote agriculture.”

Belinda says the number one take-home from her leadership training has been learning to work with the media to get a point across. “It takes practice,” she said. “I encourage all farmers to take advantage of leadership training opportunities. Go for it, even if you learn just one thing.”

Hunter Grills was sometimes hesitant to speak in public prior to leadership training. The ninth-generation farmer from northwest Tennessee works in partnership with his dad and two brothers, growing corn, soybeans, triticale, wheat, milo, oats and a commercial beef cow herd.

“In 2012, my seed sales rep suggested I fill out the ASA DuPont Young Leader application,” Hunter said. “I was accepted and later got involved with the Leadership At Its Best Program and attended Soybean Leadership College. All of these programs were good learning opportunities that pulled me out of my comfort zone and gave me new purpose to make a difference.”

Following training, Hunter attended the Tennessee Farm Bureau annual “Discussion Meet.” “I thought there was no way I could do that,” he said. “But after the Young Leader program, I decided to give it a try. I was runner up two years and won the next year, then got to compete at the national level and was a national runner up, as well. I attribute my success with public speaking to the Young Leader program.” 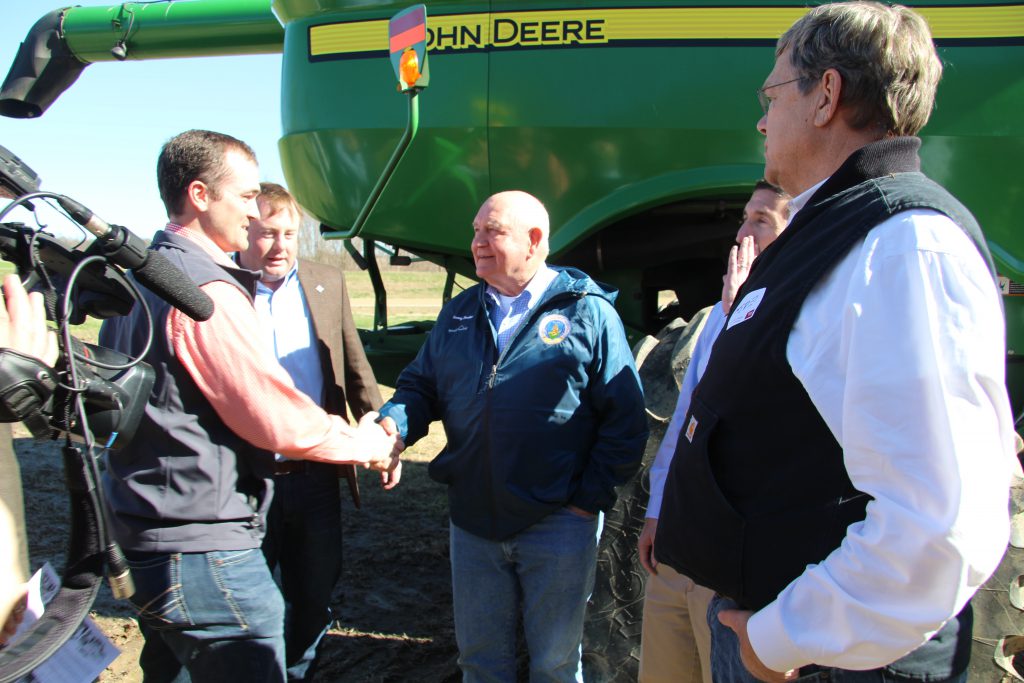 Hunter Grills says ASA leadership programs forced him out of his comfort zone and gave him confidence to speak publicly for ag policy. Photo courtesty of Hunter Grills

Hunter has since gotten involved with the Tennessee Farm Bureau Young Farmers and Ranchers Committee and is state chairman. He is also active on the ASA Advocacy Communications Team.

“I was nervous at first, but I got good exposure to issues and could see a need for advocacy,” he said. “We all are busy and live in a social media world with lots of options. But when you participate in leadership training, you gain a skill set you can use in all areas of your life.”

Caleb and Leanne Ragland from Magnolia, Ky., participated in the ASA DuPont Young Leader program as a couple. They feel strongly about advocating for their livelihood. The Raglands grow corn, soybeans and wheat and have a 4,000-sow farrow-to-wean operation.

“There are fewer farmers today. We have to be willing to stand up and correct consumer misunderstandings,” Caleb said. “We consider participating in ASA leadership programs as a tool in our toolbox that helps us be more effective communicators.”

In addition to the Young Leader program, Caleb was part of Leadership At Its Best in 2015-16 and now sits on the ASA board. Leanne is on the ASA Advocacy Communications Team. 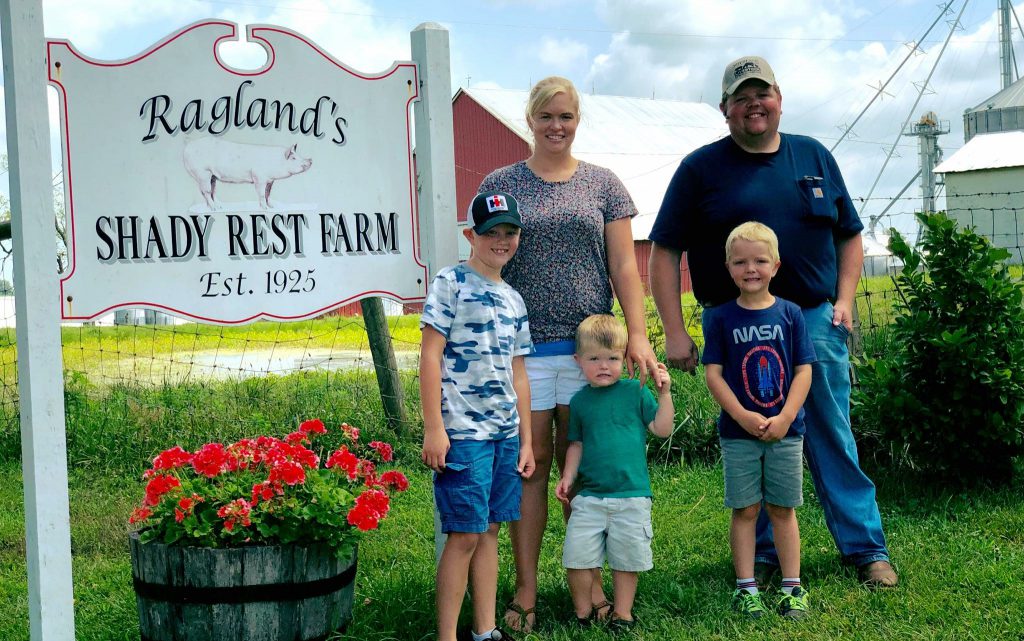 Caleb and Leanne Ragland consider participating in ASA leadership programs as a tool in the toolbox that helps them be more effective communicators. Photo courtesy of Caleb Ragland

“The approach ASA takes is to challenge you to think in different ways and think on your feet,” Caleb said. “You get good practice. I was reserved about speaking out until the training, and now I have confidence when I speak and am not afraid to share my stance.”

Caleb also notes he probably would not have sought out an opportunity to serve on the ASA board without the training. “It is just a continuation of what I have learned and now put into practice. We are so grateful for the opportunities to return back to our industry.”

The Raglands urge other farmers to set aside time to get involved. “It does take time to participate, but you get back more than you contribute,” Caleb said. “You get to interact with the movers and shakers of our industry, advocate for what farmers need and learn how effective ASA and the checkoff really are in helping us to be better farmers.”

Steve is a third-generation farmer from Syracuse, Neb. As a young farmer, he joined the Nebraska Soybean Association and participated in the ASA DuPont Young Leader Program, Leadership At Its Best and Soybean Leadership College. He engaged with soybean associations at the local, state and national levels, which led to serving as the 2012 ASA President. 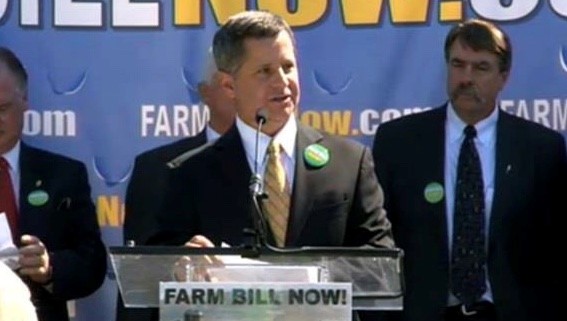 “Using skills developed from training has a positive impact on agriculture, your family and you personally,” said Steve Wellman, a past ASA president and current Nebraska Director of Agriculture. Photo courtesy of Steve Wellman

“Leadership programs really laid the foundation for much that happened in my life connected to leading associations and being involved with policy work and international trade,” Steve said.

“Training was a great way to improve my skills to lead, communicate and interact with people,” he continued. “The best spokesman on farming and agriculture is the farmer. Policy development and trade are areas where farmer engagement can have positive results.”

Steve says the leadership training equipped him with confidence and also how to prepare for media interviews, presentations, trade missions and lobbying visits.

“Agriculture needs as many farmers engaged in public policy, trade and local issues as we can get,” Steve concluded. “Using skills developed from training has a positive impact on agriculture, your family and you personally.”