Looking Ahead at Farm Economy in 2020

As we head into the spring of 2020, we asked economists what they see as the major issues affecting the farm economy and specifically soybeans. 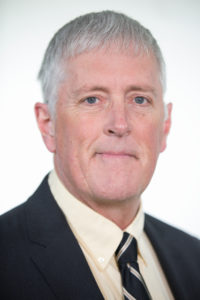 According to Patrick Westhoff, Ph.D., director of the Food and Agricultural Policy Research Institute at the University of Missouri, Columbia, the net farm income 2020 outlook isn’t terribly different from previous U.S. Department of Agriculture projections.

"There looks to be a drop in net cash income, as 2019 was a bad year in soybean production," he said. "The cash receipts will be lower for some crops including soybeans for the 2020 calendar year."

"Because of the weather issues last year, fewer soybeans were planted," Westhoff said. "So, the question is, 'How much soy will be planted this year?' It shouldn't be much different than the 2019 intended planted soybeans, around 85 million acres."

"If there's better weather this year than 2019, we should have a normal production year," he continued.

Westhoff said it also should be noted that Brazil looks to have a good crop this year. "So even if we have an increase in exports to China with the Phase One deal, there still may not be enough global demand to increase overall demand for U.S. soybean exports. And coronavirus 2019 will be a big wild card still." 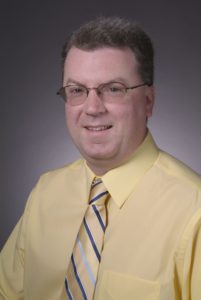 Chad Hart, Ph.D., associate professor of economics at Iowa State University in Ames, Iowa, said this is an interesting time for a farm economy outlook.

"The general agriculture economy has been down for the past five to six years," he said. "And we've been seeing tremendous productivity that's strong enough to overwhelm demand. Demand is good, but we've produced more than enough to drop prices."

Now, when you add coronavirus 2019 into this mix, Hart said markets have languished and he anticipates we will wrestle with the pandemic for at least the first half of the year.

"It hits the ag markets with travel stoppages and quarantines—stopping the movement of people and goods," he said. "This is a bad thing, as we export about half of our soybeans. This is a direct effect."

An indirect effect has been the slowdown in international shipping, as a global economy slowdown impacts domestic demand.

"So, there is a two-barrel hit here with a major disease outbreak," Hart said.

The trade war with China led to 400 million bushels of soybeans being cut from international demand. But the U.S.-China Phase One trade deal, signed Jan. 15, will cut some U.S. tariffs on Chinese goods in exchange for China's pledge to purchase more American farm, energy and manufactured goods, among other things.

"We've seen China reemerge in the U.S. soybean market," Hart said, adding that compared to early March of last year, China has purchased roughly 100 million more bushels of soybeans so far. "It's still not back to before the trade fight, but a lot closer today than it was last year."

Unfortunately, Hart said some of this progress will be suppressed by the coronavirus 2019 pandemic, which he described as dragging the economy like a parachute on a funny car. 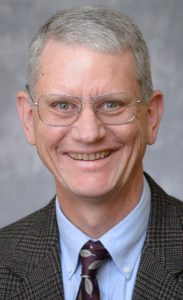 Regionally, in the Eastern Corn Belt, James Mintert, Ph.D., director of the Center of Commercial Agriculture at Purdue University in West Lafayette, Ind., said a portion of Indiana was affected by prevented planting from the wet weather last season.

"This season has also been relatively wet so far, with rivers already full, and farmers are concerned about spring rainfall patterns and the possibility of a delayed planting season again," he said.

The wet weather last season led to another issue—some corn and soybeans went into storage at higher than normal moisture levels, Mintert said.

"People were scrambling in the later stages of harvest, and some of the crop was stored a bit wet, with the idea that it would come out of storage early," he said. "So, Purdue has told farmers to be aggressive about checking their storage bins and looking for possible problems."

In addition to the economic loss associated with crop damage or spoilage, there’s a safety issue. If corn or soybeans have crusted within a bin, growers need to be very careful about breaking up that crust to unload the bin, which Mintert said becomes a serious safety issue as it can lead to entrapment and possible suffocation.

Additionally, he said it's especially important this season that soybean growers manage risk. At this point it’s not clear how long the impact of coronavirus will affect markets. Moreover, the dramatic reduction in the size of the Chinese hog herd as a result of African swine fever is also reducing world demand for soybeans and soybean meal.

"It’s always important to monitor cash flow projections as you move through the course of the year," Mintert said. "When you have a situation that is volatile, like this year, it becomes even more important as it can provide you the information you need to make adjustments in your operation as the year progresses." 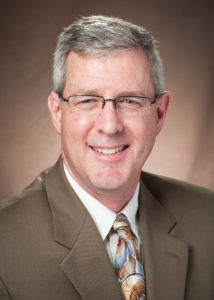 Frayne Olson, Ph.D., crops economist/marketing specialist at North Dakota State University in Fargo, N.D., said the first issue needing to be addressed in North Dakota is cleaning up the 2019 corn harvest, with 40% still left in the field.

"Farmers continue to try to get in the fields between snows," he said. "Spring weather will impact getting these crops cleaned up. But in my crystal ball, with a normal spring—not good or bad—a typical spring, I think most of the corn from last year will get cleaned up and harvested."

Like Mintert, Olson said because of a wet harvest last fall, most soybeans went into bins at high moisture and drying them is a slow process.

"Farmers need to pay attention to their stored crop," he said. "A bin of soybeans can turn fast. Monitor bins and make sure your soybeans stay in good quality."

From a marketing standpoint, Olson said farmers are being pressured to sell their old crop early in the season but can be more patient for pricing the 2020 crop.

"I suggest being cautious with forward pricing 2020 soybeans early this season," he said. "There will be price volatility in the spring, but also during the summer."

Comparing early March with the same time last year, Olson said there are many fewer soybeans, as there were more left in storage during the trade war with China. 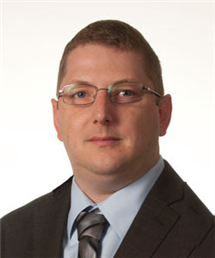 Finally, Todd Hubbs, Ph.D., assistant professor of agricultural commodity markets at the University of Illinois in Urbana, said Brazil's huge crop of soybeans this season seems to keep getting bigger and will affect global demand for U.S. product.

"Then it could be late summer before China starts buying more soybeans, if we can maintain that relationship," he said. "If there is now a vaccine for African swine fever, China will be rebuilding its hog population quickly, which would be a big boon for soybeans."

As for the farm relief payments made as part of the Market Facilitation Program, Hubbs said it's anyone's guess if a third round will occur in 2020.

"If it does happen, I'd be curious to see how they would structure the payments for soybeans—if it would be more like the 2018 model or the 2019 version," he said. "I'd be slightly surprised if they happen again."