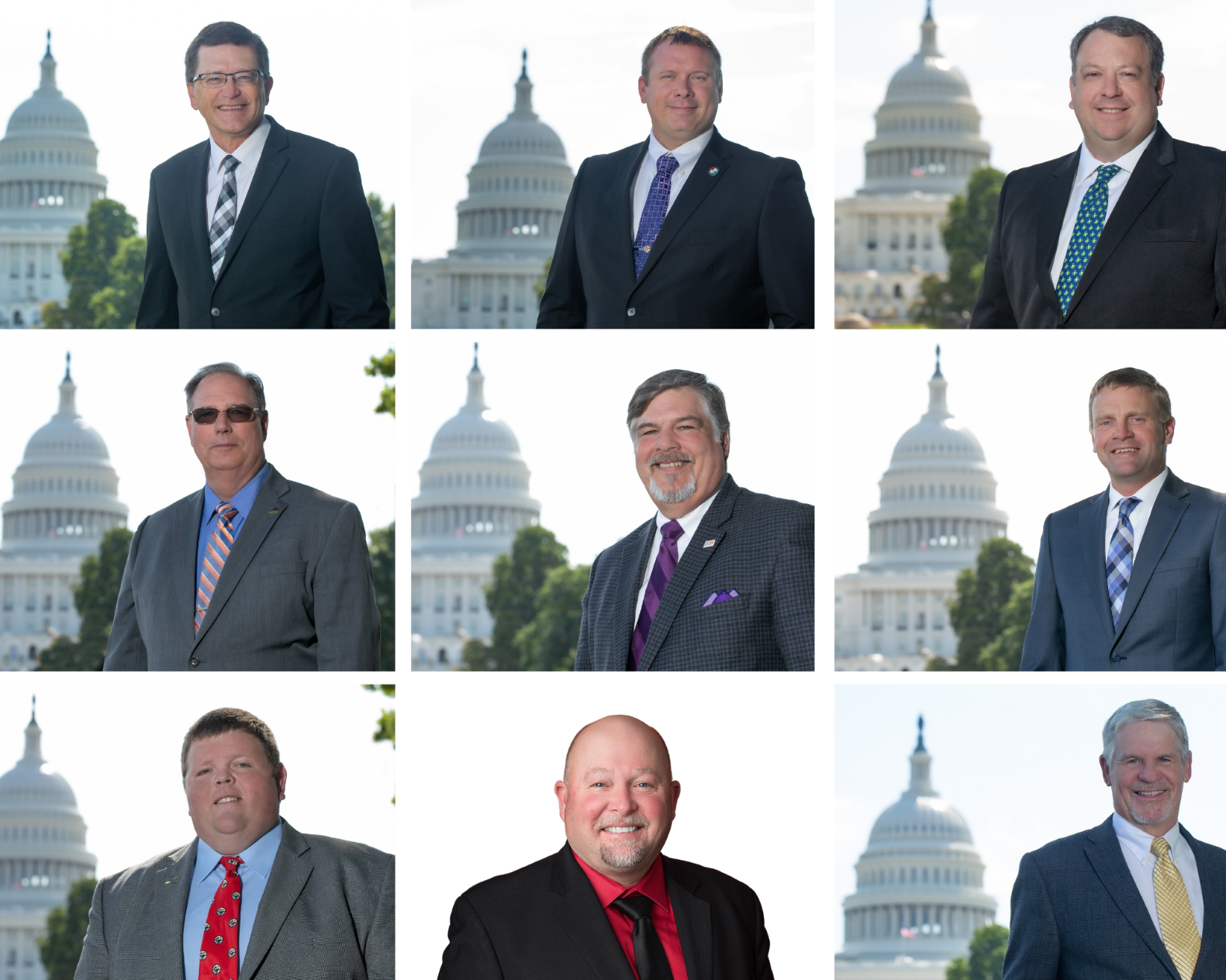 St. Louis, MO. Dec. 10, 2020. The American Soybean Association (ASA) Board of Directors elected the leaders who will guide the organization through the changing policy landscape on Capitol Hill in the coming year during its annual meeting held virtually this week.

Kevin Scott (SD) will serve as 2021 ASA president. Scott previously served as vice president, secretary and an at-large member of the ASA Governing Committee. He has been on the ASA board since 2012. Scott and his wife Jannell farm with his son and daughter-in-law in southeast South Dakota on a fourth-generation operation that began in 1886.

Immediate past president Bill Gordon (MN) moves to the role of ASA chairman. Former chairman Davie Stephens (KY) rotates off the nine-member governing committee but remains on the ASA board.

The ASA board also elected Brad Doyle (AR) to serve as vice president, a position that places him in line to serve as the association’s president in 2022.

Doyle previously served as ASA secretary and at-large member of the ASA Governing Committee. He’s been on the ASA Board of Directors since 2017. Doyle operates Berger Farms/Eagle seed with his wife Joyce, a second-generation soybean breeder.

With the retirement of ASA Director John Heisdorffer (IA), new member Jeff Jorgenson (IA) begins his nine-year term on the ASA board.

Members of the ASA board expressed during the meeting their ongoing gratitude to those who have served the soybean industry with such great dedication and those who continue to serve through governing committee and board appointments.