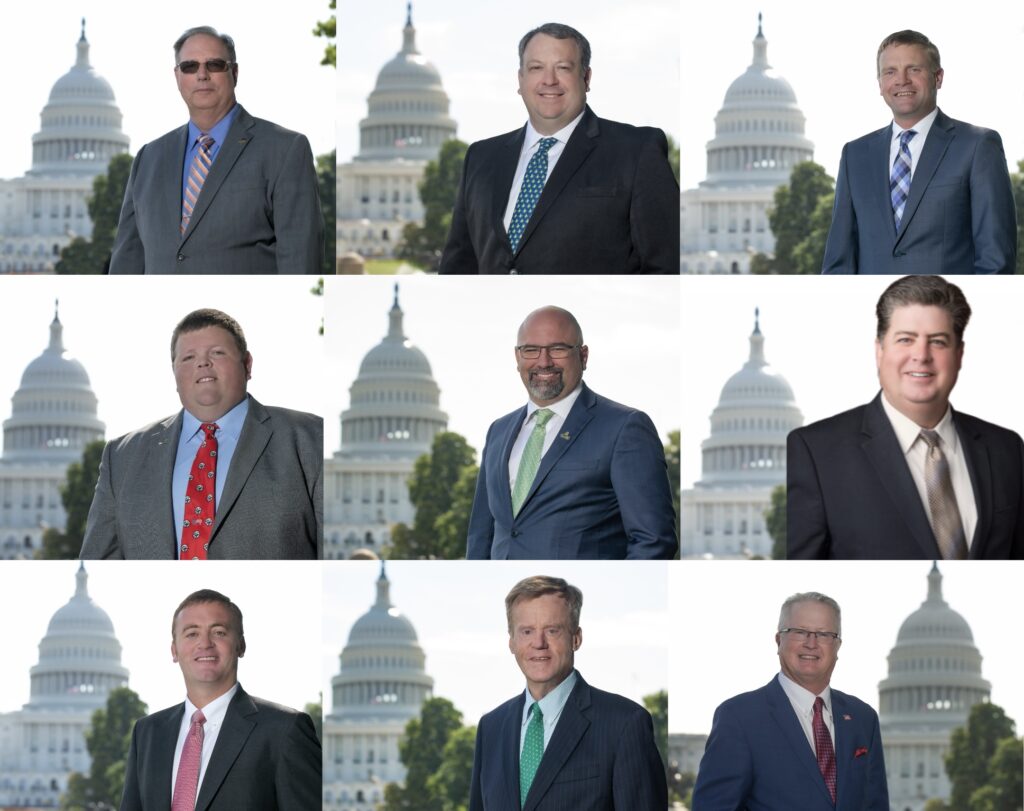 St. Louis, MO. Dec. 8, 2022. During its annual meeting in St. Louis this week, the American Soybean Association elected the leaders who will guide the organization through the coming year’s top advocacy priorities, including the much-anticipated 2023 Farm Bill, among other policy issues.

Daryl Cates (IL), who previously served as ASA vice president, will serve as 2023 ASA president. Cates is a fourth-generation farmer, raising soybeans, corn, wheat, and double crop beans on his family operation. He’s been on the ASA board since 2018.

Immediate past president Brad Doyle (AR) moves to the role of ASA chairman. Former chairman Kevin Scott (SD) rotates off the nine-member executive committee and retires from the board.

The ASA board elected Josh Gackle (ND) as ASA vice president, a role that puts him in line to serve as the association’s president in 2024.

In addition to Scott, ASA bid farewell to and celebrated the efforts of several other directors who retired this week, including Jerry Bambauer (OH); Gerry Hayden (KY); Brian Kemp (IA); Willard Jack (MS); Matt Stutzman (MI); and Ron Moore (IL). Moore served as ASA president in 2017, and Hayden served as WISHH chair from 2020-22.