The American Soybean Association (ASA) recognized John Gordley with its top honor during a ceremony in New Orleans at Commodity Classic on Friday. 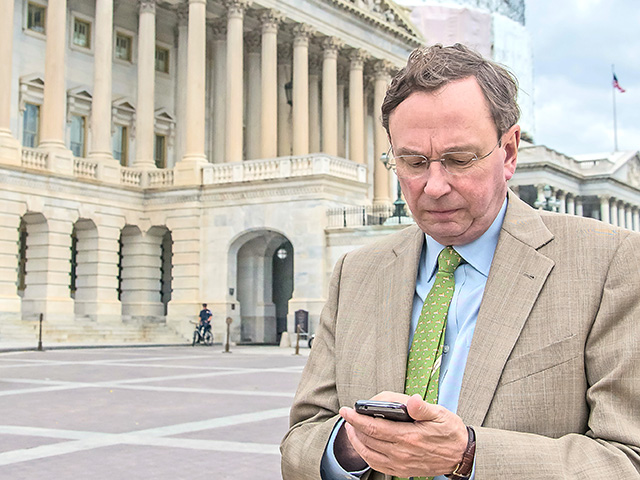 The Pinnacle Award is an industry-wide recognition of a lifetime of work that demonstrates the highest level of contribution and leadership within the soybean family and industry.

Gordley has long been a fixture in ag policy on Capitol Hill. In addition to five years on Senate Majority Leader Bob Dole’s staff, where he was responsible for agriculture and agricultural trade issues, Gordley served as special assistant for policy development in the Reagan White House.

In 1987, Gordley established Gordley Associates, providing government relations services, with a focus on areas related to agriculture. ASA contracted with Gordley Associates in 1992 and Gordley developed a team of professionals with varied expertise to meet ASA’s needs and policy goals in Washington D.C.

During his 28 years providing representation for ASA, Gordley and his team provided critical assistance in the fight to make soybeans competitive with other crops under the farm bill. He developed plans for legislative acceptance of biodiesel as a renewable energy source, resulting in the biodiesel tax credit, and directed legislative efforts to recognize the health benefits of soy foods by the Food and Drug Administration for inclusion in government programs.

Gordley led his team in supporting ASA efforts to expand the market for biotechnology and plant breeding innovations, in addition to enhancing foreign markets through trade policy and export promotion programs.

Under Gordley’s direction, ASA’s credibility, access and engagement in Washington flourished and ASA leaders looked to John as a valued advisor and mentor.