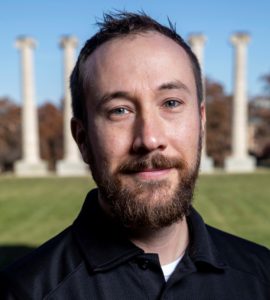 Scott Gerlt joined the ASA team this week in the role of economist. Gerlt, who lives in Missouri, is based out of the ASA St. Louis office.

Gerlt is highly regarded within agricultural economist circles for his policy work at the Food and Agricultural Policy Research Institute (FAPRI), where he has more than 10 years of experience including working with policymakers in drafting the 2014 and 2018 farm bills. In addition to his direct work in economic modeling for FAPRI, Gerlt has led research teams on grant projects and teaches undergraduate courses at the University of Missouri.

Gerlt grew up on a diversified farm with both row crops and livestock near Latham, Missouri. His love of math, economics and agriculture has been influential in forming his career path. In his role, Gerlt will provide insight on relevant agricultural economics and analysis of current and future ASA policy. The organization expects this position will also provide clarity to what ASA is requesting of policymakers and how it may impact U.S. soybean farmers and their communities.