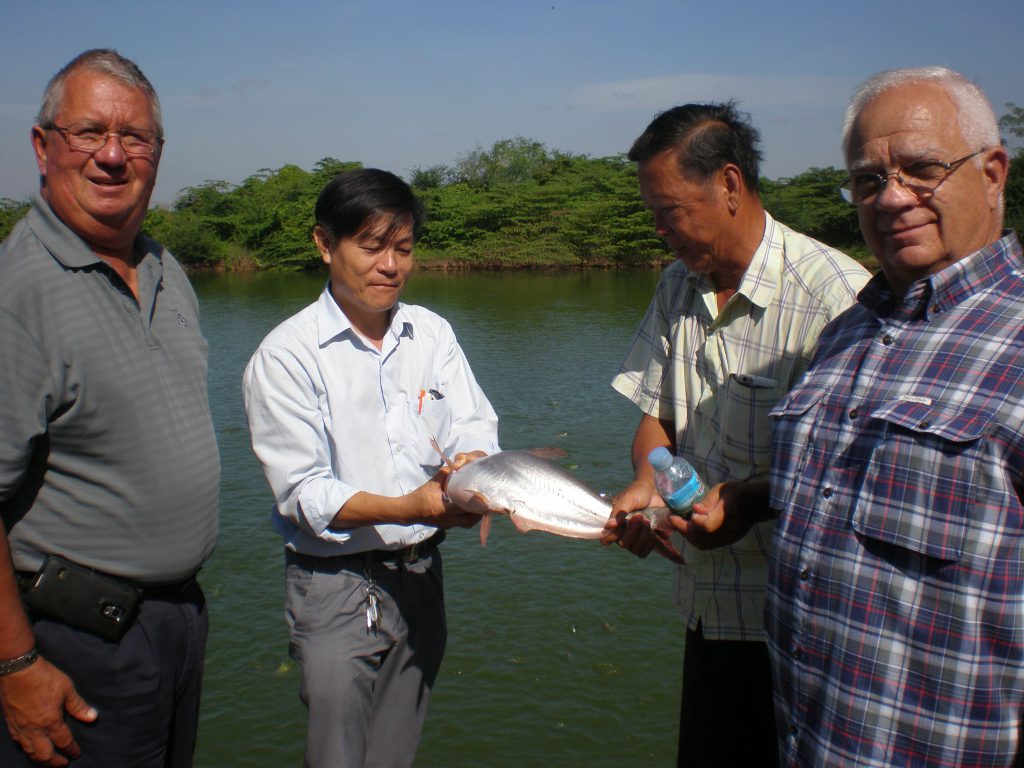 The American Soybean Association’s (ASA) WISHH Program is building on its successful track record in aquaculture development by launching the Commercialization of Aquaculture for Sustainable Trade (CAST) – Cambodia. CAST will connect trade and development by accelerating production of high-demand fish species for the Cambodian market and developing a lasting aquaculture industry that recognizes the value of soy protein in feed.

“CAST is an exciting affirmation of WISHH’s ability to connect trade and development,” said WISHH Chairman Daryl Cates, an Illinois soybean grower. “WISHH is a trailblazer for trade through CAST, which will improve agricultural productivity and expand trade of agricultural products through commercial aquaculture sector growth in Cambodia.”

The Southeast Asian country’s GDP has increased by more than 7 percent per year since 2011, growing the demand for animal and aquaculture-sourced protein. CAST’s anticipated local economic impact exceeds $300 million over the life of the project, and, Cambodia’s aquaculture industry demand for soybean protein is projected to reach 100,000 metric tons per year by 2030.

WISHH committee members have traveled to Cambodia and are eye witnesses to the potential for U.S. soy in the country. “I had the opportunity to represent Missouri soybean farmers on a trade mission to Cambodia last year,” said soybean grower David Lueck of Alma, Mo., who also serves on the WISHH Program Committee.” The Cambodian feed sector is growing rapidly, and they are increasing their consumption of U.S. soy.”

North Dakota soybean grower Matt Gast also serves on the WISHH Committee and joined WISHH staff in a variety of meetings in the region. “Aquaculture is really taking off in Cambodia, and soy protein demand will grow with it,” Gast said. “An importer of U.S. beans is building a brand new fish feed plant in Phnom Penh!”

The CAST project will benefit from the expertise of key partners, including Kansas State University, Auburn University, USSEC and local universities in Cambodia. Importantly, Cambodia’s local private-sector feed mills and hatcheries and the Cambodian Ministry of Agriculture, Forestry and Fisheries are all collaborating with WISHH to implement CAST.

ASA/WISHH connects trade and development. As a trailblazer for trade, WISHH grows markets for U.S. soy farmers, and at the same time, improves lives and economic opportunities in developing countries. WISHH works with international companies and organizations that purchase U.S. soy. These buyers invest thousands of their own dollars to research and promote soy-based foods and feeds made with U.S. soy in emerging markets. Over the last five years, WISHH leveraged soybean farmer checkoff investments by a ratio of more than 6-1. Learn more here.