Washington, D.C. May 13, 2020. The American Soybean Association (ASA) has hired Virginia Houston as the newest member of its Washington, D.C.-based government affairs team. She will start June 1 with the industry’s national policy organization. 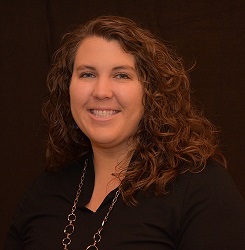 s a diverse background in additional sectors of agriculture, including working most recently for American Seed Trade Association (ASTA) and, before that, National Pork Producers Council (NPPC) and the Animal Agriculture Alliance.

Christy Seyfert, ASA Executive Director of Government Affairs, said, “Virginia is an experienced government affairs professional who will step into this role understanding the magnitude of trade for soy and the significant role of animal agriculture in both domestic and international soybean markets.”

In Oct. 2019, ASA shifted from consulting-based policy representation to an independent, internal ASA government affairs team led by Seyfert and located in D.C. The Association employs approximately 40 employees, with around a quarter of those in D.C. and the remainder based out of the ASA headquarters in St. Louis, Missouri, in proximity to many of the country’s major soybean-producing states.

Ryan Findlay, ASA CEO, said of Houston’s hiring, “We are very pleased to have someone with Virginia’s terrific experience and positive attitude joining the team. In addition, this announcement is significant for ASA in that we’ve finalized hiring staff to develop what we feel is an outstanding policy team to represent soy growers and assure soy interests are voiced in our nation’s capital.”

“We are pleased that ASA’s vision of an independent policy team has stayed on track despite the COVID-19 pandemic. These individuals, including Virginia, have come together cohesively under Christy’s leadership, and we look forward to what this new, fully staffed government affairs team can accomplish and how it will grow in the future,” Findlay continued.

Houston's experience also includes work in USDA's Agricultural Marketing Service and a Hill internship. She has a master's in professional studies from the Graduate School of Political Management, George Washington University, with a specialization in advocacy politics and a B.A. in political science from the University of Mississippi.