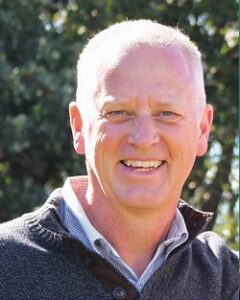 The Conservation Legacy Awards program is a national program designed to recognize the outstanding environmental and conservation achievements of soybean farmers that help produce more sustainable U.S. soybeans. Along with ASA, the program is co-sponsored by BASF, Bayer, the United Soybean Board/Our Soy Checkoff and Valent.

By adopting conservation tillage practices and incorporating cover crops into his management plan, Minnesota farmer Brian Ryberg has been able to reduce operating costs, become a better steward and is now steps closer to achieving his ultimate goal—to leave a legacy for the next generation.

Ryberg and his wife, Sandy, began farming with his parents, Howard and Marilyn, in a 10-year partnership before they retired. Operating as Ryberg Farms, Inc., the business raises soybeans, corn and sugar beets. Ryberg transitioned the family farm to strip-till and use of cover crops six years ago, prompting a lot of second looks at the operation’s production methods.

“We are in a primarily conventional-till area,” Ryberg explains. “So, to go to strip-till and some no-till fields, the appearance is different. Our methods are different.”

The move helped improve both soil structure and water infiltration on Ryberg’s mostly rented farmland, which has grown from 1,500 acres to about 6,300 acres in four counties west of Minneapolis-St. Paul near Buffalo Lake.

Where wind and water erosion had become a common sight, Ryberg says he can now better maintain the earth’s topsoil. Switching gears cut man hours in half and slashed investment capital by 50%, further simplifying the operation, he says.

Ryberg’s change in mindset began with strip-till and has progressed to now include vertical-till methods.

While Ryberg admits soil health is still a learning process for him, he says he is a real believer in seeing a direct benefit from fertility being placed directly below the root zone for the crop to maximize the efficiency of the nutrients. Phosphorus and potassium are applied only in the fall, and nitrogen is spoon fed to crops throughout the spring.

The upper Midwest grower uses a vertical tillage tool with a seed box to incorporate cereal rye in one pass after harvest on all sugar beet ground and much of his cornstalks going to soybeans. While the rye doesn’t yield much growth in the fall, Ryberg says it grows quickly once the snow melts in the spring, allowing him to pant soybeans directly into the rye and terminate it soon after. The practice has brought the veteran farmer favorable results by way of cleaner water in drainage ditches, reduced soil erosion and better weed control.

“We’ve seen better yields on our soybeans,” he says. “It just seems like the less tillage we do, the more we’re finding out the soybeans respond to that really well for yield. So, it’s been a win-win.”

The following individuals were recognized for receiving regional Conservation Legacy Awards during the virtual awards program. Click on a name below to watch a video on each of the regional winners’ operations.

A national selection committee, composed of soybean farmers, conservationists, agronomists and natural resource professionals, evaluated nominations based on each farmer’s environmental and economic program. The achievements of these farmers serve as a positive example for other farmers and help produce a more sustainable U.S. soybean crop.

Tell us your conservation story and share your thoughts about this award on social media by using #ConservationLegacy, #Sustainability and #ModernAg.