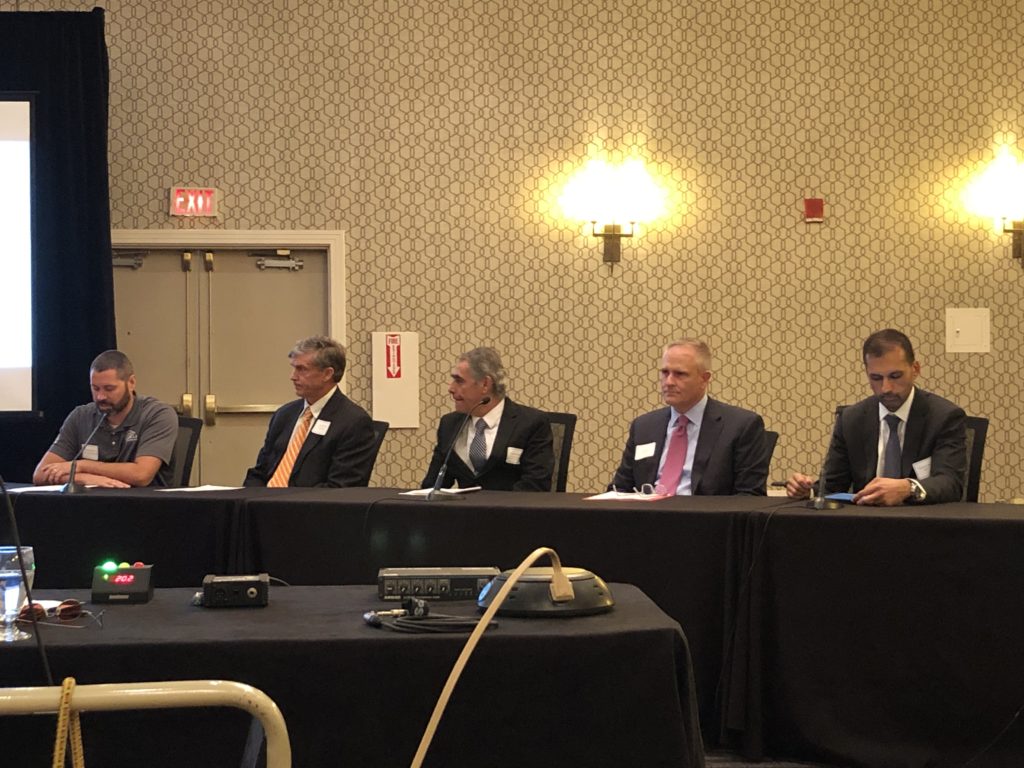 ASA Director Matt Stutzman joined National Biodiesel Board (NBB) executives this week to testify at a field hearing hosted by EPA in Michigan, emphasizing that the agency is sending a negative signal to the biodiesel industry by proposing flat volumes and then rolling them back through retroactive small refinery exemptions.

“The only consistency in EPA rules is to go against the biodiesel industry,” Stutzman said during his testimony.

ASA and NBB voiced concerns earlier this month when the EPA announced zero-growth for the biomass-based diesel and advanced biofuels volumes. ASA said the proposal doesn't reflect the needs and capabilities of the domestic biodiesel and soybean industries—and is a big miss for growers.

ASA Advocacy Communications Team member Dave Walton, who serves on the Iowa Soybean Board and Iowa Biodiesel Board, also testified at the Michigan hearing this week.

“The Administration must understand that a feeble RFS has a ripple effect, Walton said. “This proposal is yet another blow, with farm income already down by 50% compared to five years ago, according to the U.S. Department of Agriculture. Soybean prices are at a 10-year low.” Read more.