Soy Producers Remind Administration: We Are the People Affected by Trade Tariffs 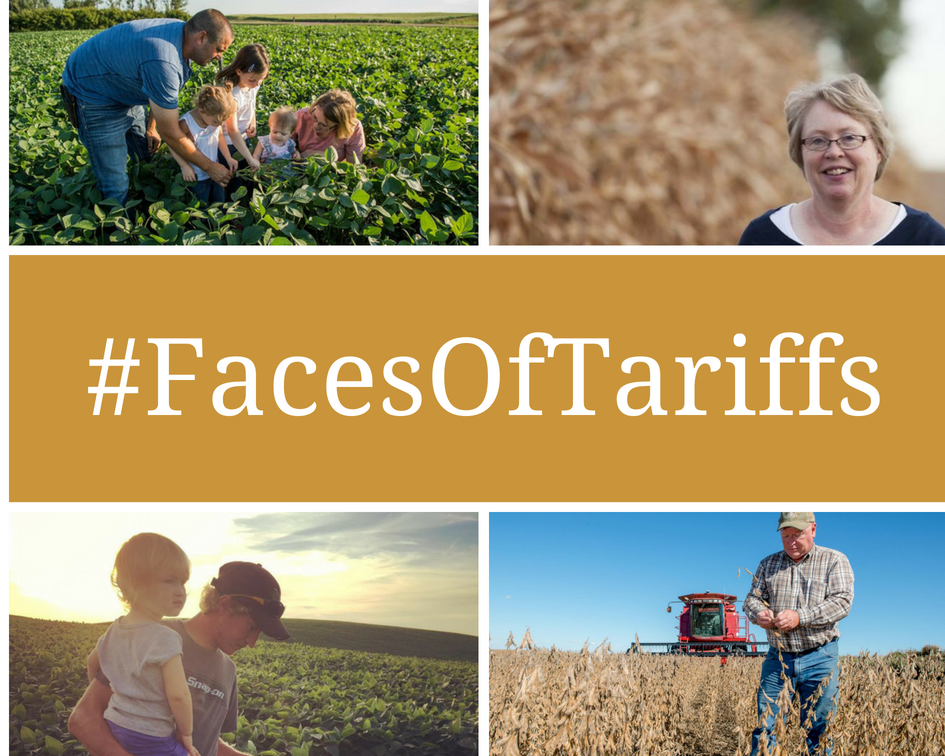 Soybean farmers who would bear the brunt of retaliatory tariffs from China are appealing to the Administration on social media today, reminding leaders that they are the faces behind the escalating trade conflict between the U.S. and our largest foreign customer.

On July 6, U.S. soybean farmers will be hit with a 25 percent duty on beans exported to China. President Trump officially announced on June 15 that the U.S. will implement 25 percent tariffs on an initial list of $34 billion worth of Chinese products under Section 301 of the Trade Act of 1974, effective July 6. China swiftly responded in kind, announcing a retaliatory 25 percent tariff on $34 billion of U.S. imports, also effective July 6, and which does include soybeans.

American Soybean Association (ASA) President John Heisdorffer, a soybean producer from Keota, Iowa, commented on being caught in the middle of the trade confrontation between the U.S. and China, saying, “It is imperative that we maintain the robust market we have worked so hard for decades to establish with China. China is our top market, importing 31 percent of our crop last year. They have a sizeable feed industry that’s dependent on soybeans, the largest swine herd in the world, the largest global aquaculture industry, and are rapidly modernizing their poultry, egg, dairy, and beef industries. They are a vital trading partner, and we need to continue to do business with China without the sting of these tariffs.”

Farmer members of ASA have taken to Twitter and Facebook in an effort to put faces to their plight, posting pictures on the farm with the hashtag #FacesofTariffs, and asking the Administration to find an alternate solution to concerns over intellectual property theft, which has been cited by the President as the impetus for the tariffs.

China is the top export market for U.S. soybeans, accounting for almost $14 billion in sales, representing nearly a third of total U.S. soybean production in 2017.