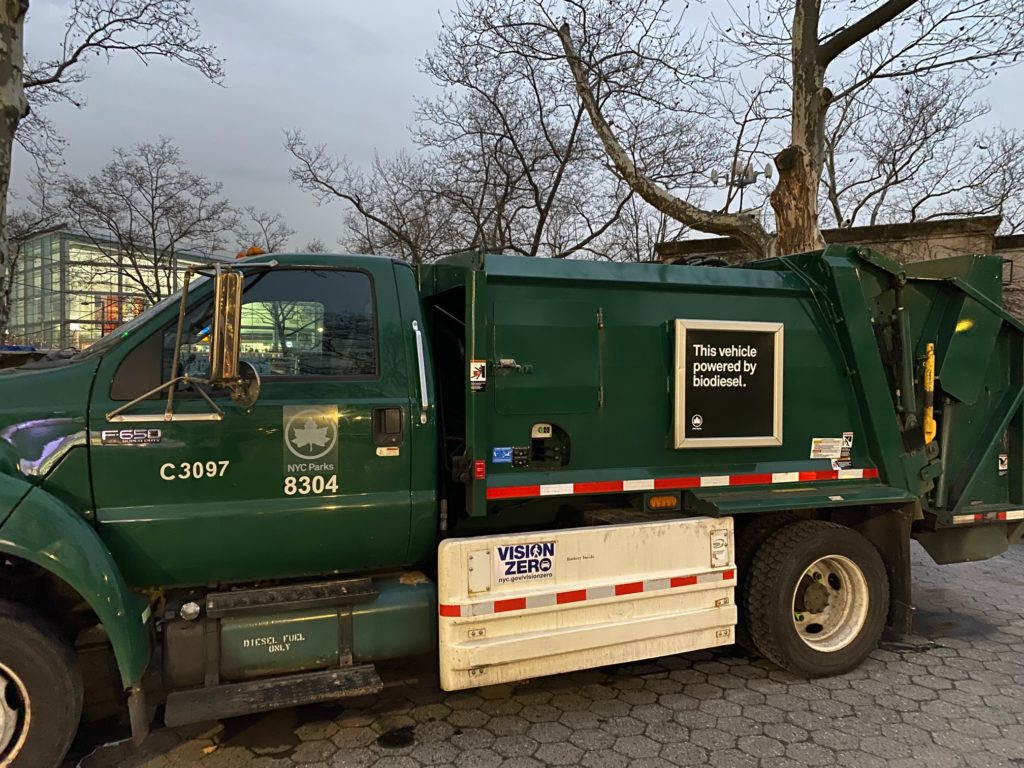 ASA Director Rob Shaffer (IL) and ASA Sr. Director of Marketing and Communications Wendy Brannen joined other attendees this week in New York City for National Biodiesel Board’s annual Big Apple Biodiesel-Bioheat® Tour. Participants began the educational trip by hearing how soybean leaders first committed check-off resources to expand markets for the industry. They then attended informative sessions on Bioheat® and innovative soy uses, followed by a day of discovering how the City of New York incorporates biodiesel into its fleets – from snow plows to trash trucks and more –and elsewhere.

Tour stops included DOT Fleet Services and John F. Kennedy International Airport in Queens, where the group heard from the Port Authority of New York and New Jersey. DOT Fleet Services employs 175 staff members in titles including machinist, auto mechanic, electrician, blacksmith, and engineer. The department is responsible for maintaining 1,750 biodiesel-powered vehicles, ranging from front-end loaders to asphalt milling machines, which the group got to see in the maintenance facilities. Representatives from the Port Authority provided an overview of the Port Authority and its use of biodiesel and other soy-based products at JFK and other Port Authority fleet vehicles, including soy-based tires and motor oil.

The biodiesel map in New York City continues to expand. NYC authorities shared how they use biodiesel in the entire city fleet and how implementation of NYC Bill 642 puts the City of New York on track for using a 20% blend of Bioheat®.

During the “Soy In the City” session, the group explored how U.S. soy is increasingly used in diverse products, such as SYNLawn artificial grass and Demilec HeatLok Soy insulation, which can have synergy for Bioheat distributors. NBB and United Soybean Board consultant Karen Coble Edwards joined the SYNLawn New York and Indiana owner and Demilec USA East Coast regional manager to discuss potential for collaboration. Through its network of nearly 100 distributors, SYNLawn has already used U.S. soy in 67.8 million square feet of artificial grass and is set to sell much more in a global industry projected to grow 8.3% yearly from 2019-2025. More than 800 firms are currently trained to spray Demilec’s soy insulation in homes.

The tour wrapped with an update on biodiesel developments on the West Coast. California and Oregon both have low carbon fuel standards in place that now constitute the biggest market for biodiesel in the U.S.