USDA released a U.S. Production report and World Agricultural Supply and Demand Estimates (WASDE) on September 12. The new data showed drops in area and yield for many crops, including soybeans. Area harvested for the new U.S. soy crop dropped from 87.2 to 86.6 million acres, and yields fell from 51.9 to 50.5 bushels per acre.

USDA’s soybean pod counts point to dragging yields. At just over 1,600 pods per 18 square feet, the most similar year in the past five was 2019 when the national yield only reached 47.4 bushels per acre. Reported soybean conditions remain above those in 2019 and close to last year’s levels at this point. 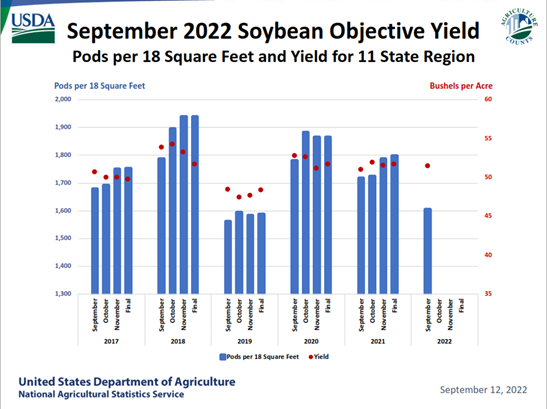 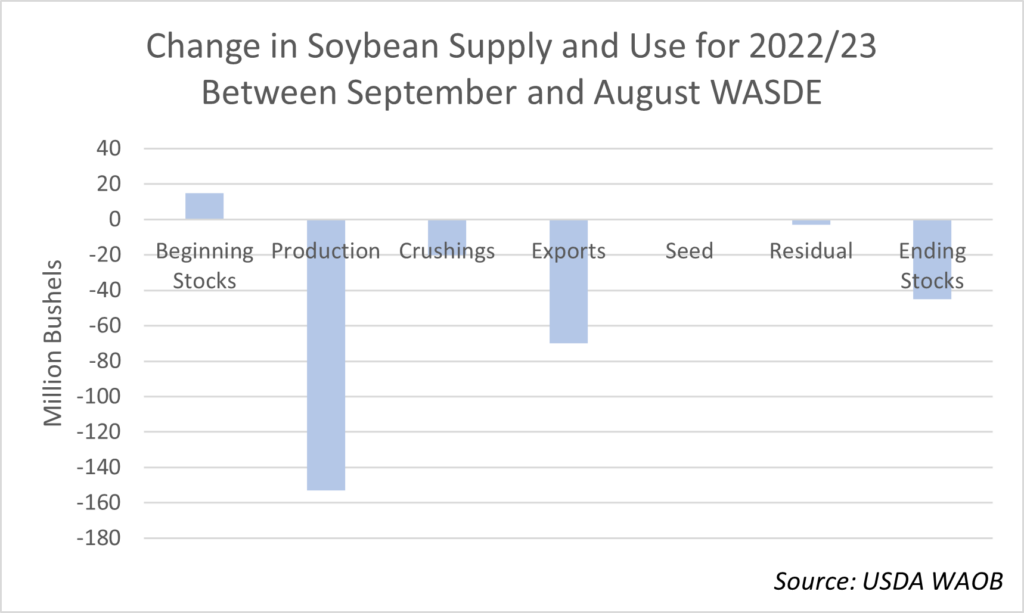 The 4.378 million bushel U.S. production number was well below the industry expectations. The average industry estimate of soybean production before the release of the report was 4.496 million bushels, with the lowest estimate at 4.441 million bushels. The report immediately gave soybean prices upward momentum with the November futures contract increasing by about a dollar, pushing it a bit above $15 per bushel for a time. Prices have retracted somewhat since then and currently sit at about $14.50 per bushel as China pursues South American soybean supplies and concerns exist about the world economy.