ASA’s World Initiative for Soy in Human Health Program is working with the National Association of State Departments of Agriculture to update NASDA’s leadership about U.S. Soy’s role in trade, development and global food security. With funding and support from the United Soybean Board, WISHH Executive Director Gena Perry will participate in NASDA’s annual meeting on Sept. 26-29 in Saratoga Springs, NY. 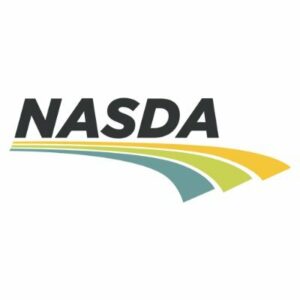 Perry will update NASDA members on WISHH’s current program highlights, including aquaculture industry progress in Asia and sub-Saharan Africa as well as how WISHH builds associations that lead to the long-term sustainability of U.S. Soy in these markets. She will also share WISHH’s USB-funded activities for global food security, including the inclusion of U.S. Soy in ready-to-use therapeutic foods used to treat acute malnutrition.

NASDA is the trade association that represents the elected and appointed commissioners, secretaries, and directors of the departments of agriculture in all 50 states and four U.S. territories. The organization has a close relationship with USDA’s Foreign Agricultural Service and works to grow U.S. agricultural exports, often assisting with trade teams and international educational events.

“Engaging with NASDA members is a timely opportunity for WISHH to share its work along with the overall role of the U.S. Soy organizations in meeting global protein demand,” said Perry. “State departments of agriculture are natural allies in educating others about how U.S. Soy provides a sustainable solution for that protein demand.”

In addition to the annual meeting participation, WISHH will meet with NASDA’s international marketing team, which is planning upcoming trade trips to some of the countries in which WISHH works. WISHH will provide insights into how it works to develop the presence of U.S. soy in these developing and emerging markets while also discussing current and future market trends.