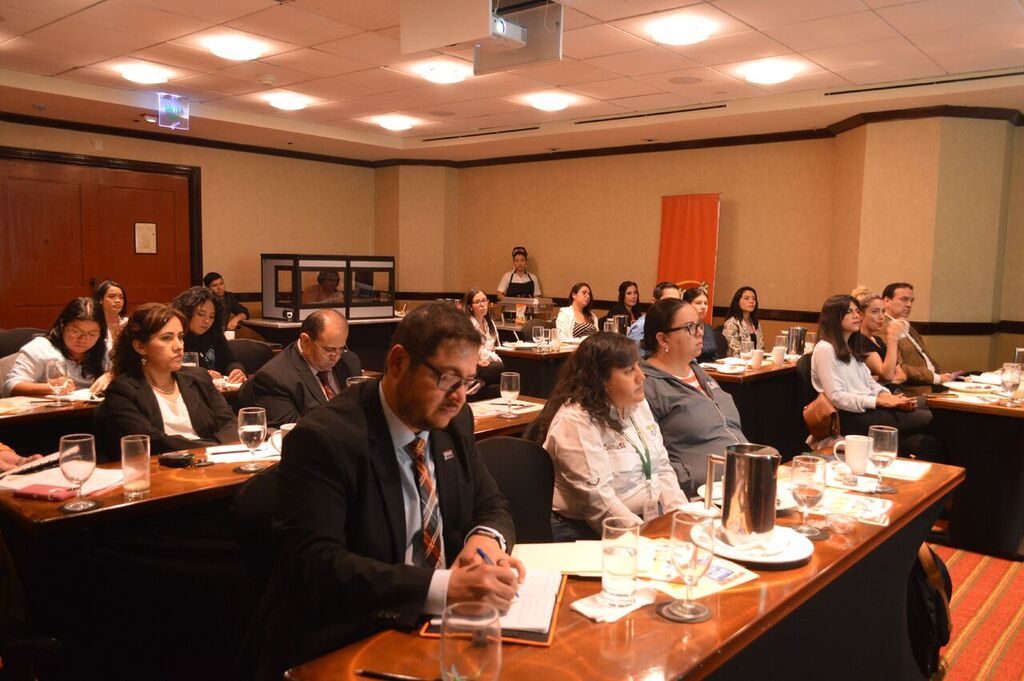 University of Illinois Assistant Professor of Nutrition Juan Andrade, Ph.D., provided important information about the benefits of soy for children and adults in WISHH’s July seminar in Guatemala. Educational seminars are one of a variety of strategies WISHH employs to connect trade and development. Photo credit: Theresa Fang

ASA/WISHH is laying the foundation for even more sales through educational programs like a July 2019 seminar on the importance of soy for cost-effective meals that play a vital role in meeting protein needs of children and adults. Food companies as well as nutrition leaders joined the training. A key government official who attended reported that the seminar expanded his view of soy, which he had previously perceived as a supplement. As a result of the seminar, he said that he recognizes that soy is an important protein source for daily diets and that it can help Guatemala overcome nutritional deficiencies that are prevalent in the country.

WISHH is preparing to provide further training to the Guatemalan companies that are vital to the supply chain for U.S. soy in Central America.  WISHH has selected key company representatives to attend the INTSOY training at the Northern Crops Institute in Fargo in August. The course will explore new ideas for soy-based foods, including snack foods as well as concepts for animal feed.