Soy Faces: Kinks in the Supply Chain are Biggest Concern

As 2022 got underway, soybean prices in the teens were good news for farmers facing sharply higher crop input prices. But with inflation, the ongoing pandemic and unsettled world events, the American Soybean Association (ASA) 2022 officers say supply chain challenges weigh on farmers and will be the greatest threat to the ag economy in the coming months. Each shares his perspective on supply chain problems, as well as on critical secondary issues. 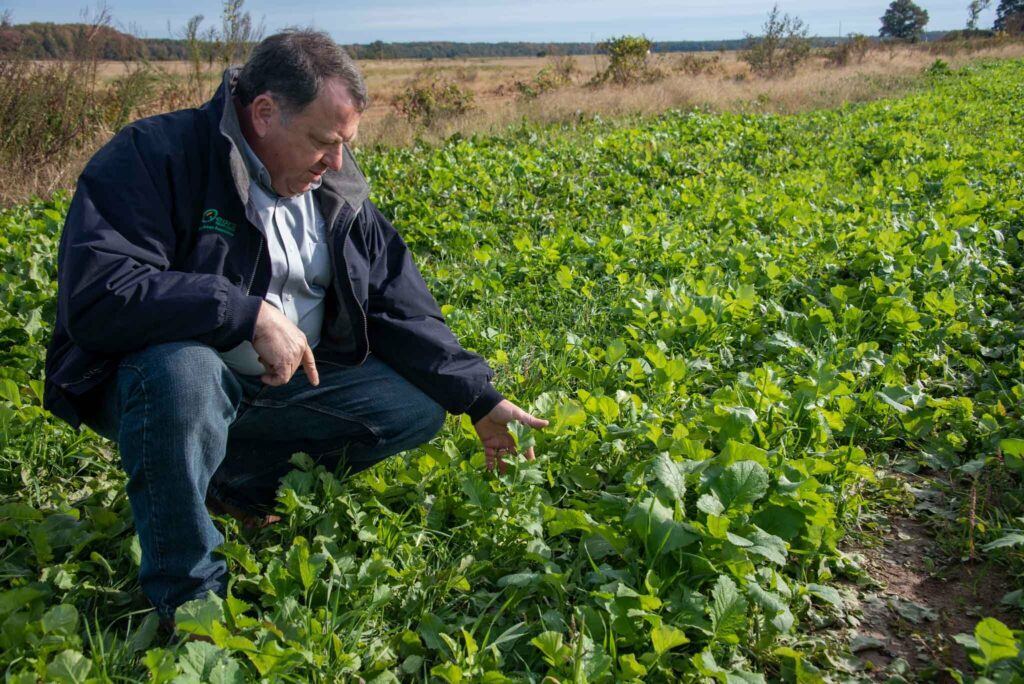 Doyle, a farmer from Poinsett County, Arkansas, has been a member of the ASA board since 2017. He is a past president of the Arkansas Soybean Association. Doyle serves as vice-chair of the Midsouth Soybean Board and is a board member of the Natural Soybean and Grain Alliance. Along with his son and wife Joyce’s family, he operates Eagle Seed Company. Photo Credit: Kurt Lawton

“Soybean farmers the last several years have been able to increase yields, but the profit from that increase is being eaten up by the steep increase in input costs. Fertilizer and herbicide prices especially have gone up, and we have to be more conservative on making repairs and buying equipment. Farmers are going to have to decide where to make cuts on inputs when possible and assume they might not get the amount of every product they need.

“One of the challenges with this scenario is that lenders want to see a budget. If you are a young farmer, that is hard to overcome because you may have limited assets and require financing to farm. Cash rents are also climbing, so you have to determine how to gross more per acre to stay afloat. We are vulnerable to accepting funds from state and federal programs to compensate for income loss, such as conservation and hunting opportunities. ASA is keeping the lines of communication open and talking with companies about the impact this has on agriculture.”

“We have to anticipate there will be restrictions on farmers for such things as fuel use. This may require some farmers to upgrade diesel engines or cut tillage in areas like ours where no-till has limited success. Planting cover crops may also be regulated. That is a concern in our area where we have surface drainage issues and use irrigation. We have to be able to manage best practices that work in our area, so we must continue conversations with lawmakers and regulators that include voluntary actions and possible incentives.” 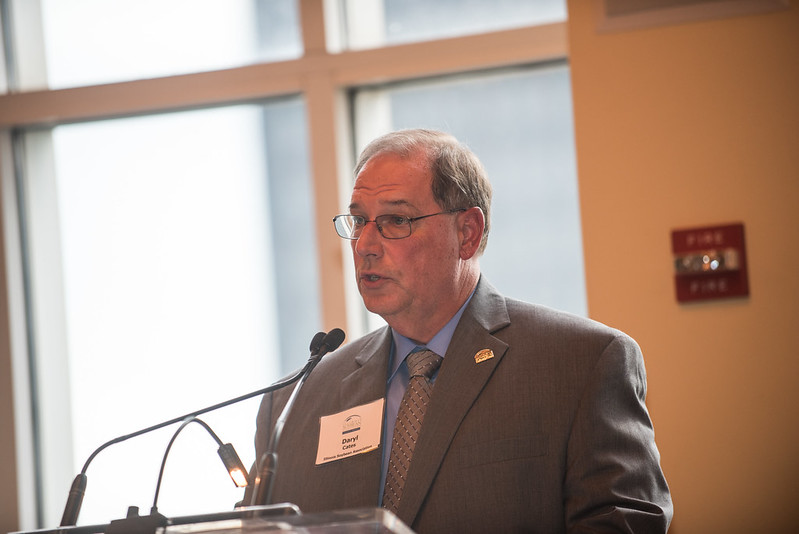 Cates is a fourth-generation farmer from Columbia, Illinois, who raises soybeans, corn, wheat and double-crop beans. The operation includes his wife, Sandy. Cates has served in multiple leadership positions with the Illinois Soybean Association, including chairman. He also serves on the ASA World Initiative for Soy in Human Health committee. Photo Credit: Illinois Soybean Association

“The biggest threat to farming is the uncertainty of the supply chain and trying to get crop inputs. Herbicide production is still down because of events like last year’s Texas freeze that shuttered an ingredient manufacturing facility until last November. My supplier says to expect 50-60% of the herbicide product volume we had in 2021. Herbicide prices have skyrocketed, and fertilizer prices jumped from $189 a ton last year to $600 a ton this year. One of the main issues with that was China’s decision to shut plants down to clear the air for the Olympics.

“I am concerned the supply chain problems could persist for the next couple of years. Getting back to normal will take a lot of time, and we have to engage lawmakers to make sure there is no price gauging. There is not much farmers can do to change the situation, and I am hopeful that soybean and corn prices don’t drop to $10 and $4, respectively. That would make a tough financial situation even tougher, and we probably couldn’t make a profit.”

“We have to start asking, who is going to take over family farms? My children do not want to farm, and more of my neighbors are starting to retire. I don’t know if the trend is toward all mega farms, or if the younger generation will be able to make a living from farming.”

Ragland, from Magnolia, Kentucky, raises soybeans, corn and winter wheat with a farrow-to-wean hog operation. He has been an ASA director since 2017 and serves as chair of the Kentucky Soybean Association’s legislative committee. He also is president of the Kentucky Livestock Coalition. He and his wife Leanne have three boys. Photo Credit: United Soybean Board

“Supply chain concerns are the number one issue for soybean farmers and really all industries. People need to get back to work and help relieve the shortage of chemicals and other ingredients we must have to farm. When one part or ingredient is missing, it disrupts the whole process.

“Conflicts and war are also now a global concern that has just made getting fertilizer worse since much of it comes from overseas. Nitrogen prices are three times higher than last year. Current soybean prices help offset some of that, but farmers still face high risk with production costs per acre this year. We can’t grow a crop without inputs, and we must stop any opportunistic pricing. Farmers who bought chemicals and fertilizer last summer are in better shape, but it will be hard to keep everything in balance and make a profit going forward.”

“Regulators are trying to take a new approach to protect endangered species. ASA is working behind the scenes, calling on the Environmental Protection Agency to consider new data and stop county-level Endangered Species Act (ESA) use prohibitions on new Enlist registrations for 2022. It is overreach and a disincentive to innovation.” 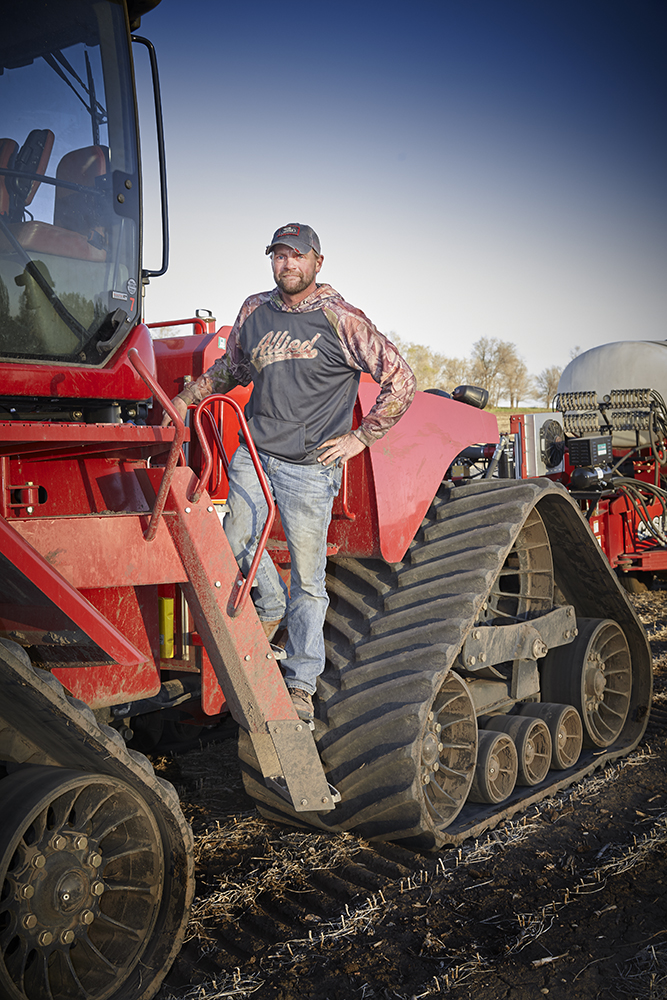 Gackle, from Kulm, North Dakota, began serving on the ASA board in 2017. He raises soybeans, corn, wheat and barley. Gackle has served as a director of the North Dakota Soybean Growers Association (NDSGA) for three years.  Photo Credit: Wanbaugh Studios

“Getting the right crop inputs on time is the biggest threat to soybean profitability, but I also am concerned about getting parts for equipment and other items that factor into the cost of farming. We are going to have to be flexible and maintain our good relationships with dealers, and understand they are trying to help as best they can. If soybean prices can remain historically high, that will continue to help deal with the extra costs. ASA and other commodity groups are in contact with those in the supply chain to try and improve the situation. And while we are all dealing with these uncertainties, I am hopeful we will see improvements this spring.”

“Telling the production agriculture story accurately remains a priority, as with each generation, people are personally further from the farm. There is not enough understanding of exactly what farmers do to produce food sustainably and safely. As we increase soybean production and sell more soybeans at home and internationally, we are going to have to regularly engage with consumers, policymakers and others to assure our successful future.”