Recent tariff impacts have been felt across the country, not only by soybean growers but also partner industries, including pork, equipment manufacturers and pesticide suppliers. 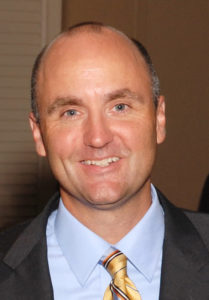 Jim Monroe, assistant vice president of communications for the National Pork Producers Council (NPPC), Washington, D.C., said the second trade relief package announced by the Trump Administration this spring provides some relief for pork producers but is more of a Band-Aid than a long-term solution.

Adding insult to injury, China, the world’s largest pork-consuming nation, is currently experiencing a dramatic reduction in domestic supply of pork due to widespread African swine fever infection in animals.

“This would be an unprecedented and huge growth opportunity for U.S. producers to expand exports to China,” Monroe said, adding that current punitive tariffs of 50%, on top of existing 12% tariffs, prevent them from capitalizing on the opportunity.

Additionally, Monroe cautioned that the Trump administration’s plan to impose 5% tariffs on all Mexican imports as of June 10 could further burden the pork industry with another round of retaliatory tariffs that American pork producers cannot afford. Zero-tariff pork trade with Mexico was recently restored after U.S. steel and aluminum tariffs were removed.

Furthermore, the NPPC is calling on Congress to quickly ratify the U.S.-Mexico-Canada agreement (USMCA), preserving long-term zero-tariff access to markets that represent more than 30% of total U.S. pork exports.

The NPPC estimated that during the past year, trade disputes with Mexico and China have cost U.S. pork producers about $2.5 billion.

According to an NPPC statement, Iowa State University economist Dermot Hayes, Ph.D., M.S., projects that if Mexico implements protracted retaliatory tariffs, U.S. pork producers will lose the entire Mexican market–representing 20% of total U.S. pork exports last year. As of April 1, the value of U.S. pork exports to Mexico was down 28% from the same period last year.

Monroe said 2018 was projected to be a profitable year for U.S. pork producers, with record production last year, this year and projected for next year, but because of these trade disputes, it was not.

“We need to get through these disputes and on a level playing field in China and Japan and go on the offensive in the Philippines and Vietnam to significantly expand pork exports,” he added.

Regarding the relationship between the soybean and pork industries, Monroe said having access to an abundant supply of soybeans keeps one of pork production’s largest input costs down.

“We are working hard to end the trade dispute with China so we can export more soybeans to the country in the form of pork!” he said.

Section 232 and 301 tariffs also are hurting the equipment manufacturing industry, with the Association of Equipment Manufacturers (AEM), Milwaukee, Wisconsin, projecting that these tariffs are increasing the cost of producing U.S. agriculture and construction equipment by 6%. 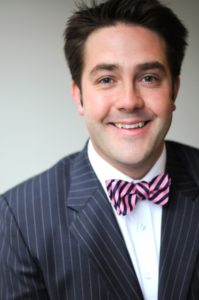 AEM’s official position on Section 232 tariffs is that, by imposing tariffs on steel and aluminum from the European Union, Canada and Mexico, the Trump administration has not only made it less advantageous to manufacture equipment in America but also has started a trade dispute with the United States’ largest trading partners and allies.

“These tariffs are already leading to retaliatory actions, resulting in lowered U.S. exports and the risk of losing market access for U.S. manufactured goods and agricultural commodities,” AEM said in a statement.

Kip Eideberg, vice president of government and industry relations for AEM, said steel is a major input for equipment, so these tariffs significantly impact equipment manufacturers.

“The end result with tariffs is costs either go up or margins go down,” he said. “Increased costs are bad for consumers; lower margins are bad for manufacturers. The retaliatory tariffs on U.S. agricultural products affect farmers’ ability to purchase new equipment. If things don’t change soon, this will have a systemic impact on the U.S. agriculture industry and negatively impact equipment manufacturers.”

AEM has reported that Section 301 tariffs, including a 25% tariff on different types of agricultural equipment and parts imported from China, have hurt the equipment manufacturing industry and risk eliminating the economic gains from last year’s tax reform legislation.

“Tariffs are taxes on American businesses and consumers,” Eideberg said. “It’s important to acknowledge that we agree with the president’s efforts to go after China and force long-term structural changes to China’s trade policies. But we do not believe that doubling or tripling down on tariffs is the correct solution. The diagnosis is correct, the prescription is not.”

Eideberg also noted that it makes little sense to start a trade war and then offset the cost of retaliatory tariffs through federal subsidies.

“We’re shooting ourselves in the left foot, right foot and maybe our hand,” he said.

Equipment manufacturers and farmers just want to compete in the global marketplace on quality, price and service, but these tariffs severely restrict their ability to do so and create uncertainty, Eideberg said.

“It’s harder for equipment manufacturers to invest in things like research and development, and new production lines during times of uncertainty,” he added.

Chris Novak, president and CEO of CropLife America, Washington, D.C., said the impact of the tariffs continues to fall hardest on the farm customers the organization’s pesticide manufacturing members serve. 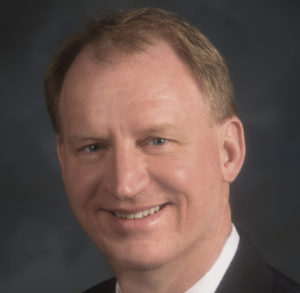 Novak said 32 chemistries from CropLife America’s member organizations were exempted by the United States Trade Representative (USTR) from the last round of Section 301 tariffs of 10%.

“We estimate the value of this exemption to be $32 million in savings for our farm customers,” he said, adding that ingredients included in the list could cost chemical manufacturers more than $100 million.

Novak said he’s hopeful that farmers won’t see these cost increases, but that requires farmers to speak up about the potential impact of any cost increases.

“We expect some tariff impacts to be passed on, just as they are on all other consumer goods,” he said. “If the tariffs are imposed, farmers should expect these cost increases to show up as they order products for the 2020 season.”

CropLife America has been working closely with its farm commodity partners to continue to push the message to the Trump administration that the trade wars and tariffs have been disproportionately hurting farmers.

Novak said the organization has proactively communicated this point, including submitting comments to USTR, which he said was helpful in influencing policy change.

“We are going back to the USTR and asking our commodity partners to do the same, to say that now isn’t the time to threaten or impact the price of crop inputs that farmers rely upon,” he said.

Written comments were due to USTR in June, when a public hearing was scheduled to hear requests for exemptions from the Section 301 tariffs. Novak said a decision on the next round of exemptions from the Trump administration is expected in July or August.

“We know farmers are already stressed and stretched this crop year,” Novak said. “We want to push the administration to resolve these trade restrictions quickly and help uncover new trade markets for rural America.”