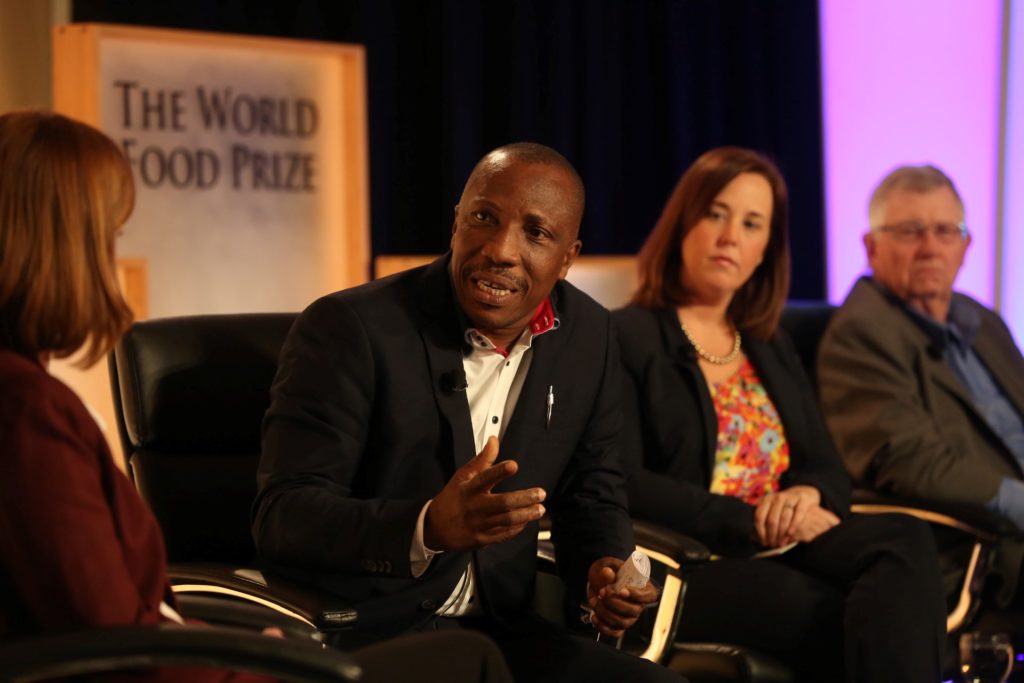 “Our commitment to feed the world in a nutritious and sustainable manner is taken very seriously and is of intrinsic importance to all U.S. soybean farmers,” Heisdorffer said. “Soy is part of the larger solution to nourish our population.”

“WISHH’s role within the U.S. soy family is to connect trade and development in order to strengthen agricultural value chains,” she said. “The visionary leaders who founded this organization recognized the potential to build U.S. soy trade through the improvement of health, nutrition, and food security in emerging markets.”

One of WISHH’s greatest strengths is its ability to build strategic partnerships across the globe, and WISHH appreciated a key supply chain partner traveling from West Africa to join the World Food Prize panel. Yedent Agro Group CEO Samuel Ntim-Adu delivered a powerful and practical message on how trade helps fill supply gaps and is a catalyst for food security in emerging markets like Ghana, where his company is headquartered.

WISHH’s technical assistance and other activities with Yedent supported the company expanding to offer poultry and livestock feeds along with its multiple soy-based human foods. The cooperation with Yedent also exemplifies how WISHH leverages farmer checkoff dollars. Yedent was a key business partner in WISHH’s U.S. Department of Agriculture (USDA) Food for Progress poultry and egg project in Ghana, and the company is key to the ongoing development of these sectors in Ghana. 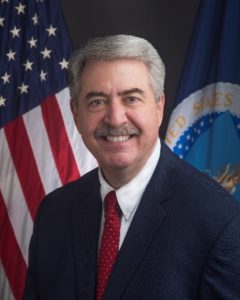 “The payoff of these last 20 years is that you have a world that has complete trust in the quality and safety of your product, and that brings a healthier and more well-fed world.”

-USDA Under Secretary for Trade and Agricultural Affairs Ted McKinney

“You concentrate on a lot of smaller markets and develop those markets that will make a tremendous difference. If there is anything we need to do in agriculture today, it is to get that diversification so we can do the things with those leveraged dollars and gain markets that nobody probably thought of ten years ago.” 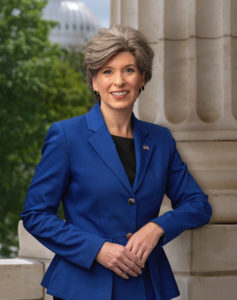 “With WISHH, the American Soybean Association, our farmers, they are all working together to develop those emerging markets.” 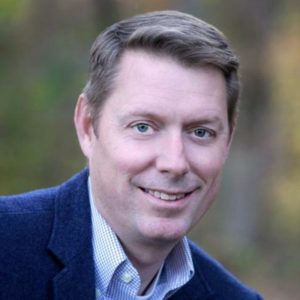 “One of the fundamental things we see as economists that happens when a country begins to develop and people get a little more income in their pockets is that one of the first things they want to add into their diets is animal protein. And when we look at trends of income growth and population growth most of that is going to occur not here in the United States but in developing countries. This suggests a lot of demand growth—for animal protein and the feed for animal protein including soybeans—is going to occur in developing countries. Strategically when you think about investments, where to put your dollars, investing in emerging markets in developing countries makes a lot of sense. Those countries where we expect population to grow the most are exactly the same countries that need some development.” 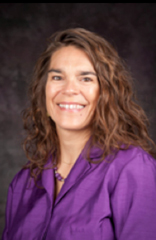 “There’s a lot of potential to improve the quantity and quality of the fish that’s being produced [in Cambodia]. Fish is such an important aspect as the primary protein in the household diets. Consumption continues to grow, as the population continues to increase.”