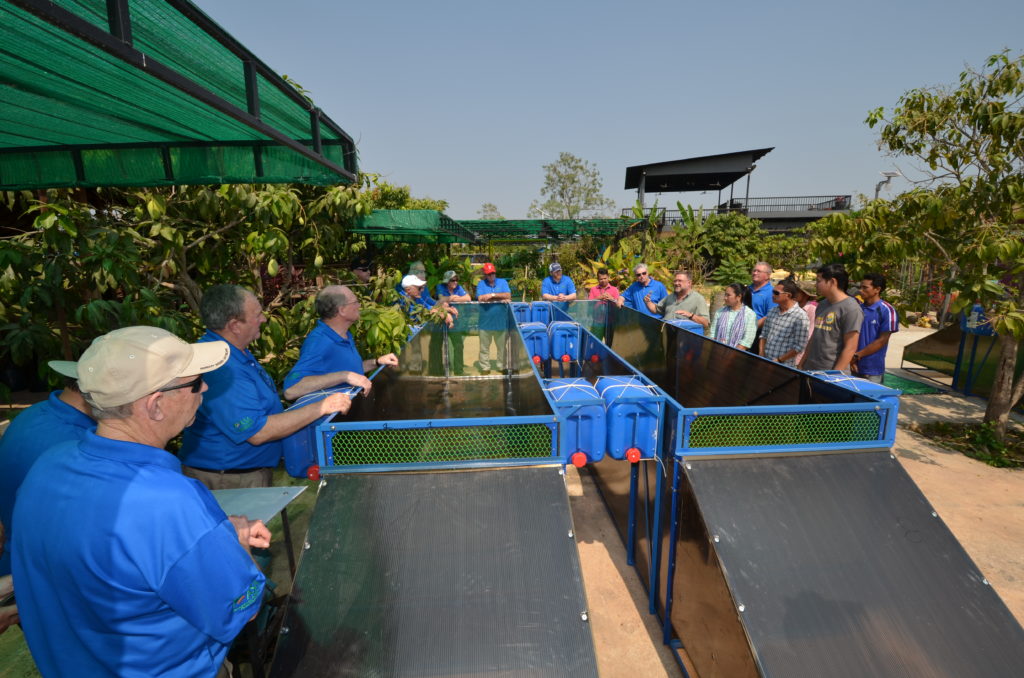 “The most important part of the trip was to show potential buyers and users of soybeans that we would like to be their supplier, and we have a product to meet their specifications,” said WISHH Treasurer Jim Wilson, a Michigan soybean grower on the team.

The trade team also celebrated a milestone with a WISHH strategic partner by joining a ribbon cutting for Cambodia’s first in-pond raceway aquaculture system, an important innovation for the sustainable increase of fish production in the region. The Missouri Soybean Merchandising Council (MSMC) supported WISHH technical assistance in the planning and construction of the raceway aquaculture system, which is a channel for continuous flow of water to grow fish at the hatchery. The family owned Rathada Farms Hatchery breeds tilapia and catfish. Rathada raises the fish through the “seed” and fry stages before selling fingerlings to fish producers in the region.

“Our Missouri farmers’ soybean checkoff dollars were vital to WISHH’s work with Rathada on the new raceway,” said David Lueck, a WISHH program committee member and a past MSMC chairman who served on its board for more than a decade. “Furthermore, WISHH leveraged our investment by integrating Rathada’s strengthened fish-production capacity into WISHH’s USDA-funded Commercialization of Aquaculture for Sustainable Trade (CAST)–Cambodia project.”

While in Southeast Asia, the WISHH trade team also traveled to Myanmar. ASA and U.S. Soybean Export Council (USSEC) Director Stan Born, as well as USB and USSEC Director Doug Winter, both of Illinois, were part of the team in Myanmar. WISHH is leading USDA-funded activities to grow Myanmar’s human food market, and the U.S. Soybean Export Council (USSEC) is active in the animal feed and aquaculture sectors.