Women in agriculture find they are not only increasingly advocates for their industry, but they also face less adversity than in the past being female in a male-dominated field. Women realize as their numbers increase and roles diversify, they contribute to agriculture in myriad ways. And that includes women who work directly in soybean production and those in related careers.

Sixty years ago, farm wives could be found almost exclusively in the kitchen, raising children and preparing meals for hired hands. But the role of farm women has been slowly evolving, and more women are found doing the same daily tasks today as their male counterparts.

The U.S. Ag Census reports 1.2 million women in 2017 accounted for 36% of total farmers. More than half of all farms, 56%, had a female producer. Women farmers are slightly younger at an average 57.7 years old, more likely to be beginning farmers and live on the farm they operate versus male farmers. They also have increasing influence. Female producers are most involved in day-to-day decisions, recordkeeping and financial management. 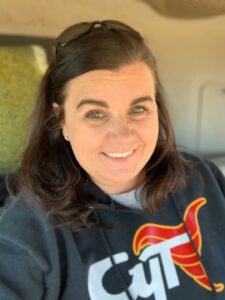 Trish Cunningham Levering is involved in every aspect of operating her farm near Prospect, Ohio.

Trish Cunningham Levering is one of those female farmers. She produces corn and soybeans near Prospect, Ohio, while sharing equipment with her parents who farm nearby.

“I grew up on a diversified farm with crops, hogs and cattle. I am fortunate as an only child to have always been my dad’s right-hand person,” she says. “I watched my mom and aunt drive combines when I was little, and I was always treated as an equal when I started buying and selling inputs and crops and servicing equipment. My involvement was viewed as normal.”

After studying animal science and ag economics at Oklahoma State University, she returned to Ohio. She worked as a seed salesperson before deciding to farm full-time.

“I have a six-year-old daughter, Blair. She asks questions and wants to know all things about the farm. She used to ride along on my seed sales calls, too,” says Levering. “My message is that if she sees me do it, it must be normal. Hopefully, the next generation will have less reason to question who is a farmer. In some ways, it is more difficult to be a young farmer than female.”

In addition to farming, Levering serves as chair for the Ohio Farm Service Agency State Committee, a historically male role. She has led operations for the five-person board since 2018 and is an at-large young leader for the Ohio Soybean Association, as well.

Her Advice: “Never stop learning,” Levering says. “Work to have a seat at the table if that is what you want. It’s ok to have a hands-on role in farming. You must expect the same opportunities as men and not be intimidated by others. Be comfortable with yourself.” 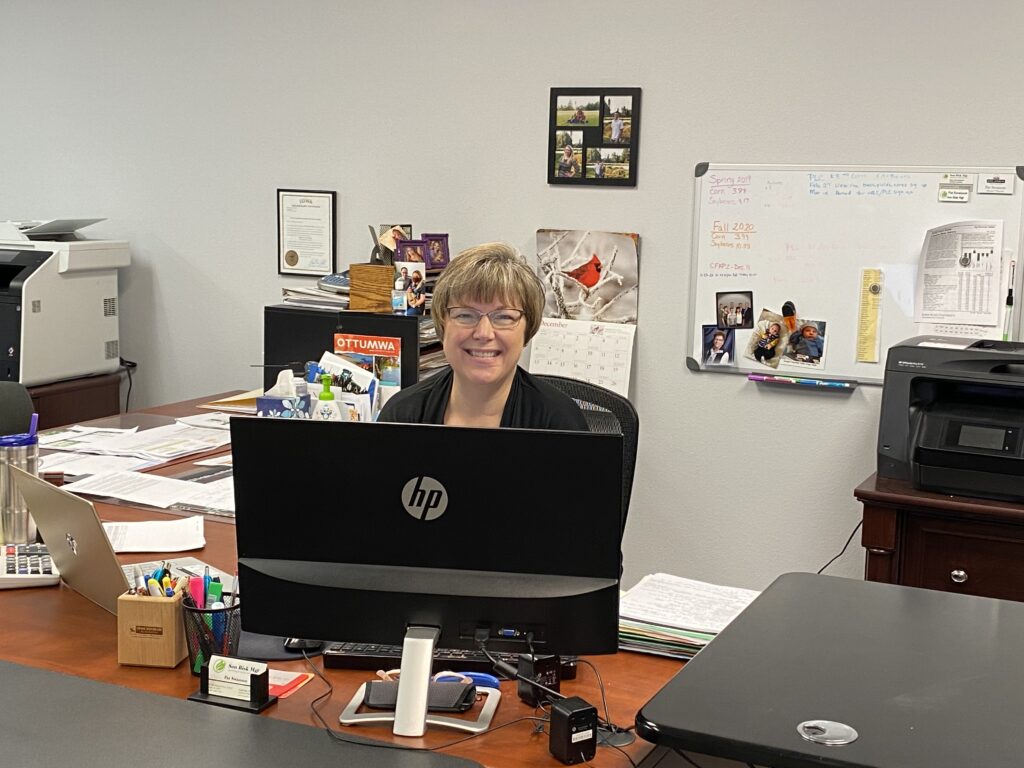 On her family farm in Ottumwa in southeast Iowa, Pat Swanson does bookkeeping, provides marketing input and helps around the farm.

Pat Swanson farms near Ottumwa in southeast Iowa with her husband, Don, Don’s brother, and both of their families. And while she doesn’t have the direct responsibilities of crop or beef production, she is an active partner on farm management decisions for the operation.

“I do the bookkeeping and provide marketing input,” says Swanson. “It is vital for our farm to have family goals and be on the same page to succeed. For us, that means my role is primarily in the financial decisions, but I move equipment and hold gates, too.”

Swanson grew up on a farm in northern Iowa and began weekend farming with her husband more than 30 years ago. They eventually gave up full-time jobs and began raising corn and soybeans and managing their cow-calf and feedlot enterprises. They also started Son Risk Management, a crop insurance agency, which has been mostly her day-to-day responsibility.

“We have a full-time office manager for the crop insurance agency now, so that gives me some flexibility to be more involved in the farming operation and as an active advocate for the ag industry,” she says. “Since we use conservation practices like no-till, cover crops, terraces, buffer strips and waterways, I work on how we can capitalize these improvements and secure cost-share opportunities with the soil and water conservation district.”

Swanson also is passionate about telling their farm story to consumers and legislators. She began as an ag advocate with Ag in the Classroom and CommonGround and later became a district director for the Iowa Soybean Association and member of the ASA Agriculture Communications Team. She serves on the Wapello County 4-H Foundation and the Iowa Farm Service Agency State Committee. Most recently, she was named to the Federal Crop Insurance Corporation (FCIC) board.

“Ten years ago, it was eye opening to be one of the only women in the room at a farm meeting. That is slowly changing,” she says. “My son Jake is the Iowa governor’s ag policy adviser and still helps on the farm. My daughter Erica works in college student affairs with an eye on a possible return to the farm. I didn’t think that would happen, but it warms my heart that it may.”

Her Advice: “Prove you know the issues. Educate yourself. Read and ask questions,” Swanson says. “Talk to other women in ag and find a mentor that can help you. And above all else, be successful not because you are female but because you want to be successful.”